Liven up your cocktails with brandied cherries0 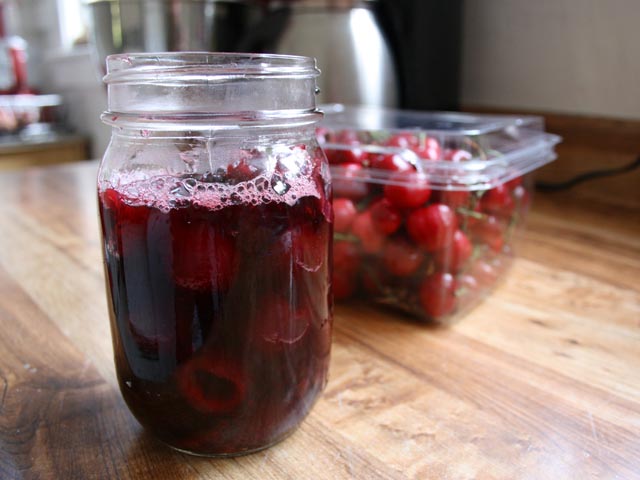 If you’re like me and don’t care for those bright red, artificial maraschino cherries, these brandied cherries make a great substitute. They’ve got a bit more bite to them, they look nicer, and they aren’t full of artificial sweeteners. Try making a batch of these before your next cocktail party to add a little something extra to your Manhattans and Old Fashioneds.

These are best made in the summertime when cherries are in season, but you could probably get by using frozen cherries in a pinch. Better yet, get some canning supplies and make enough in the summer to last you through the winter.

I’ve based this on a recipe for a bar-sized batch, using six pounds of cherries. That’s a bit much for my needs at home (until I try canning them!) so I’ve adjusted the proportions and instructions down to a single pound, which will nicely fill one mason jar. 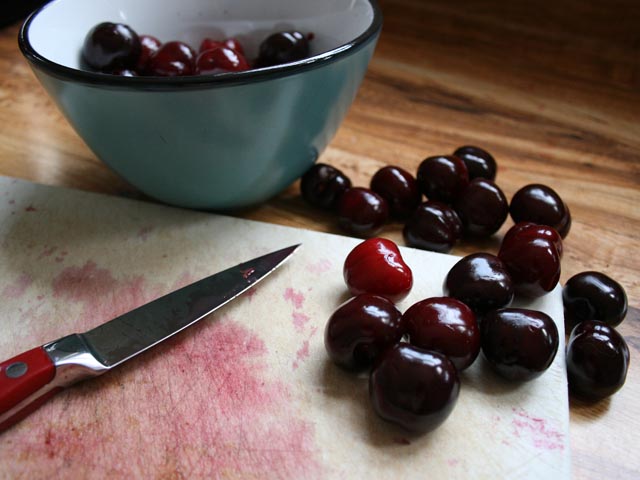 Wash and pit the cherries. Combine the sugar, water, lemon juice, and cinnamon in a large saucepan. Bring to a boil and reduce the heat to low. Add the cherries and simmer for 3 minutes. Remove from the heat, remove the cinnamon stick, and stir in the brandy. 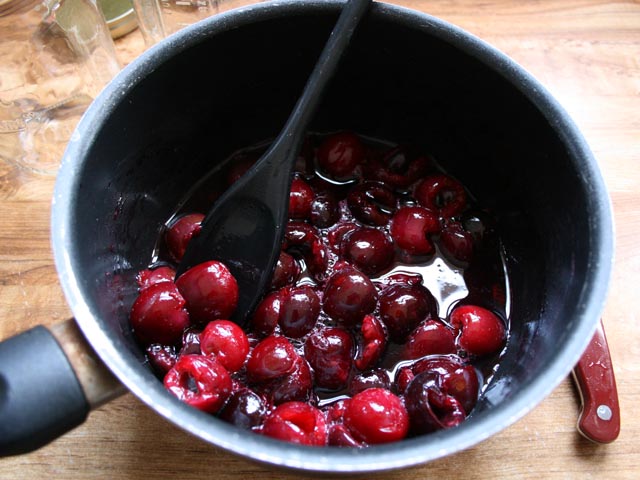 Transfer the cherries to a jar and refrigerate. For best results, use them within two weeks of making them.

I may try halving this recipe again next time, as I’m not going to go through all these in two weeks just using them in drinks. Maybe I’ll make some ice cream and use the remainder for topping in a couple weeks. Canning them in smaller quantities is probably the way to go here. 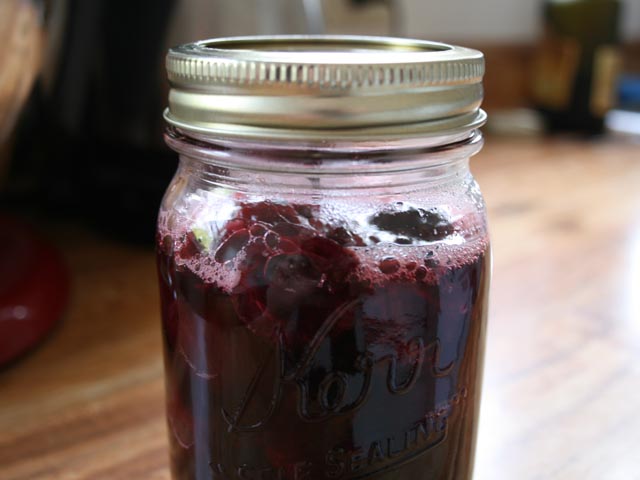 This recipe is based on one found in The Art of the Bar.