I recently joined some friends to meet with Steve McCarthy, founder of Clear Creek Distillery to talk about what they’re doing and to tour the distillery. We visited on a cold and rainy Saturday morning and he lead the six of us through the distilling and aging rooms, talking at length about how he got started and the processes they use along the way. 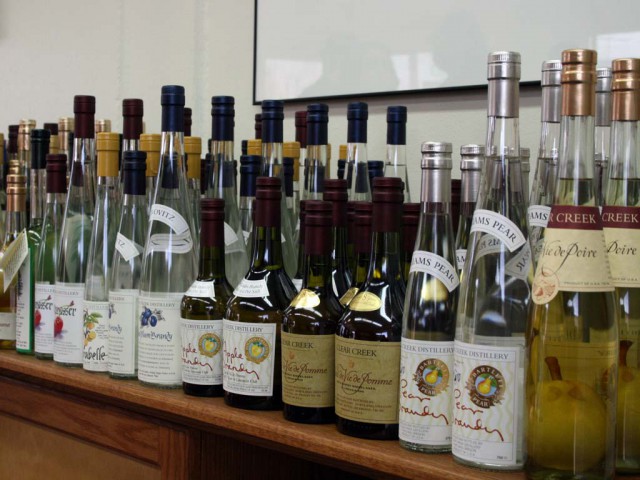 After browsing the spirits and liqueurs on display in the lobby, we were led into the main distilling area, where the fermenting tanks and pot stills are located. The first thing we noticed was the atmosphere in the room, which was warm and humid. The second thing was the smell of fresh pears, the pears which filled probably 20 very large crates stacked up in the room. A full truckload, we learned. They’re delivered not-quite-ripe and kept in a warm and humid room until they reach the perfect point to go into the fermenting tanks. These are the pears that go into Clear Creek’s signature pear eau de vie. They smelled amazing. 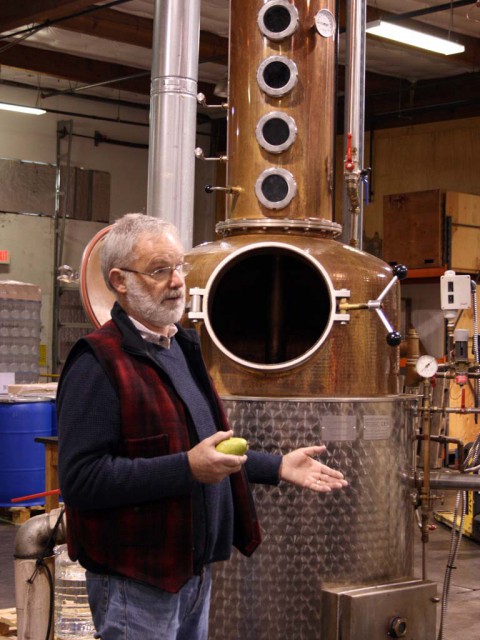 After learning about the delivery, fermenting, and distilling process, we were led into a darker, warmer room where the aging happens. This is a smaller room lined with racks upon racks of barrels, aging the various spirits being produced. Here we learned details of the aging process, the types of barrels used and the length of time the various spirits spend in them. 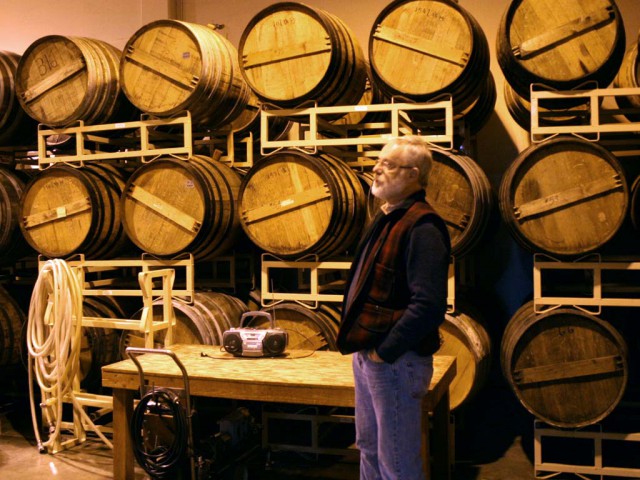 After the tour came the part we were all waiting for: the tasting. A table was arranged with the full range of Clear Creek products and lots of empty glasses. We worked our way through the eaux de vie, sampled a few liqueurs and grappas, and finished up with a small batch Scotch-inspired single malt whiskey they’ve been making. As we sampled each, Steve told us a little about its origin, some details on its creation, and how its best served (straight, please; Steve’s generally not a fan of mixed cocktails). 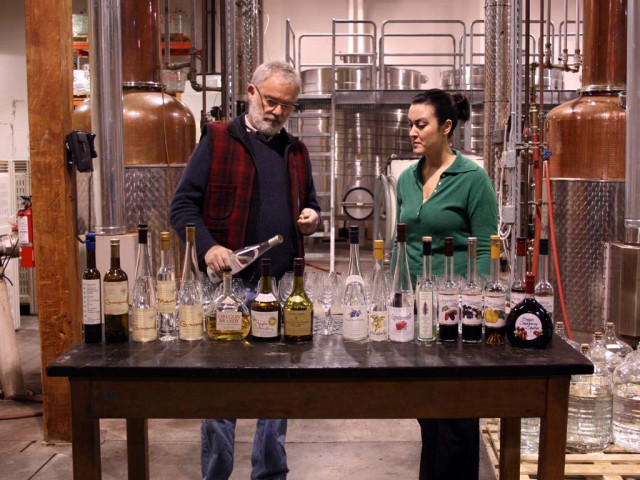 Clear Creek’s whiskey, in particular, is noteworthy. Made with Scotch peat-malted barley, it’s basically Scotch, except that it’s made in Oregon rather than Scotland. Not quite what I expected, but it was interesting and very good. Unfortunately, their current bottling is gone and the next won’t be ready until the end of 2010, so I’ll have to wait a while before trying it at home. I did take the opportunity to bring home a bottle of their signature pear eau de vie instead, something which I can definitely put to good use.

After our visit, Jen wrote up her own article about Clear Creek for Oregon Live.