Cocktails in London and Reykjavík, part 22

We returned home from Iceland, and the UK before that, early this week, entertained house guests that arrived the next day, and are now finally getting back to our usual schedules and routines. I’ve finished sorting through a mountain of photos and getting started on some new articles. Until those are ready, here are a few miscellaneous pictures and some thoughts.

Once upon a time, London was a major center of the cocktail world. Things dropped off for a while after that but are picking up steam again. We met up with a friend who lives in London and hit a few of the more interesting bars: Portobello Star in Notting Hill, 69 Colebrooke Row in Islington, and the Connaught and Coburg bars, both located in the Connaught hotel in Mayfair. Pictures and reviews of each of these are forthcoming.

During our travels around the city, we also got a taste of a few neighborhood places where, if you’re not having a pint, you’re probably drinking Pimm’s and lemonade. This is more of a warm weather drink to me, so instead we tried the Winter Pimm’s, served at a bar on Brick Lane. It was Pimm’s and steamed, unfiltered apple cider, served warm, in a pint glass, and garnished with a piece of cinnamon bark. Delicious, and just the thing to warm us up. 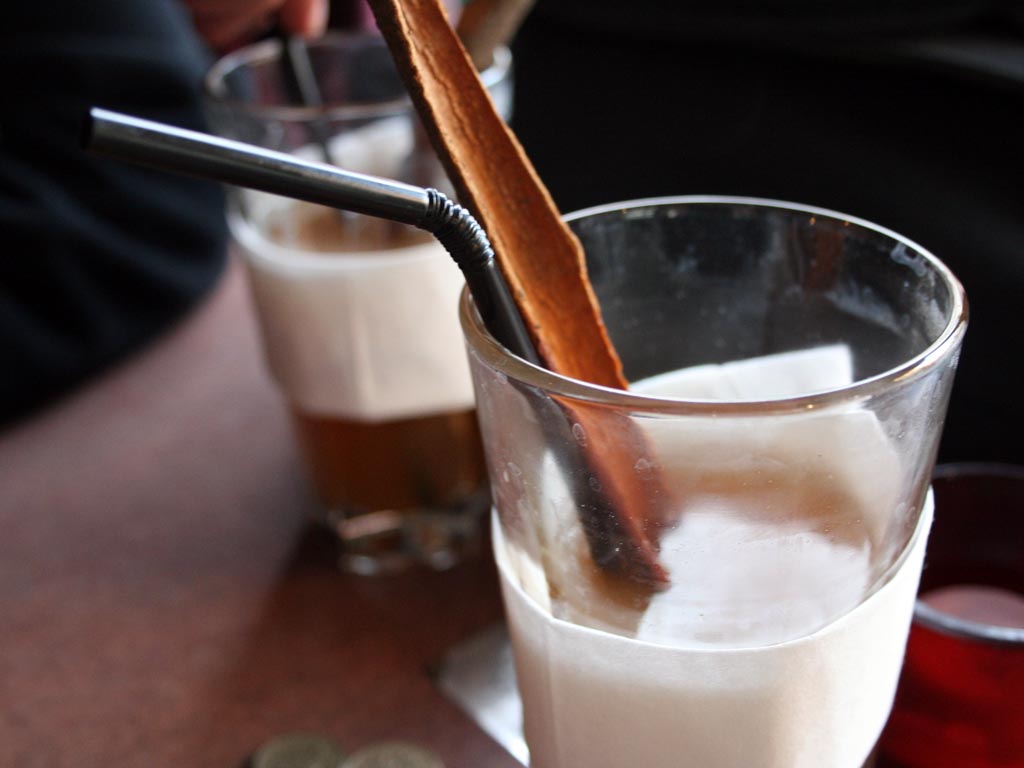 Another stop was Liberty of London. After browsing the clothing and textiles, we wandered into the chocolate shop where I discovered Bloom, a London dry gin by G&J Greenall sold exclusively at Liberty. In contrast with most everything else in the store, Bloom was reasonably priced at around £22 per bottle (if I remember correctly) and packaged very nicely in an elegant cut glass bottle. I considered picking up a bottle but space was at a premium in the small bag I packed for the trip so I eventually decided against it. I’d love to hear your reviews if you’ve tried it. 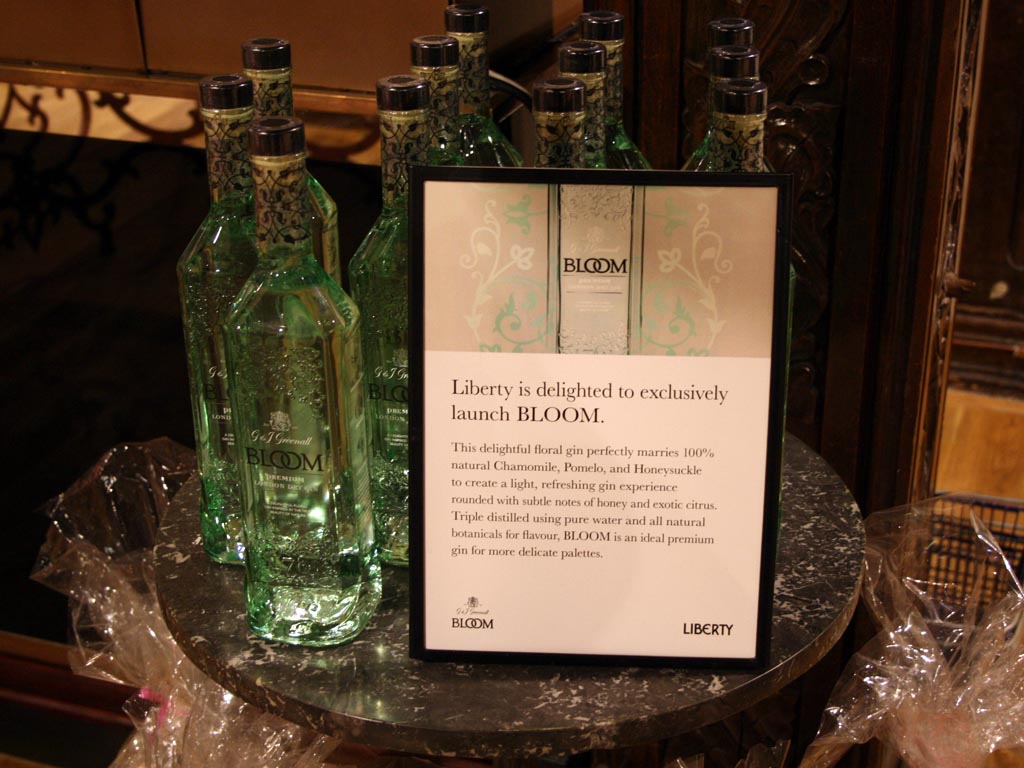 The bars I mentioned above were all great, so stay tuned for my reviews of each of them

Reykjavík is a serious party city. The tradition on weekends is the rúntur, the massive, late-night pub crawl that happens every Friday and Saturday night from around midnight until the wee hours of the morning. The cafés turn into bars, the DJs start spinning, and, after spending a couple hours drinking at home, people head out to Laugavegur street and bar hop for hours.

It’s Friday night in Reykjavík, and if the stories you’ve heard are true, things are about to get crazy.

Straight-laced and sober during the week, Icelanders let loose on weekends. It seems that alcohol is so expensive, they figure if they are going to pay a fortune to drink, they might as well really go at it.

Although we were in Reykjavík over the weekend, we opted to skip the festivities. We didn’t want to spend our few days there sleeping it off rather than exploring the city. We did, however, see the beginnings of the action as we had dinner on Laugavegur street around 9:30pm. People were already starting to congregate around a café across the street and the foot traffic seemed to be increasing.

Read the Matador article How to drink on the Reykjavík rúntur for more on this tradition.

While I don’t have any bar reviews from this part of our travels, I did make a point to pick up a bottle of brennivín on our way out. Sometimes known as the “black death” (svarti dauði), brennivín is a potato-based spirit flavored with caraway seeds, similar to aquavit. 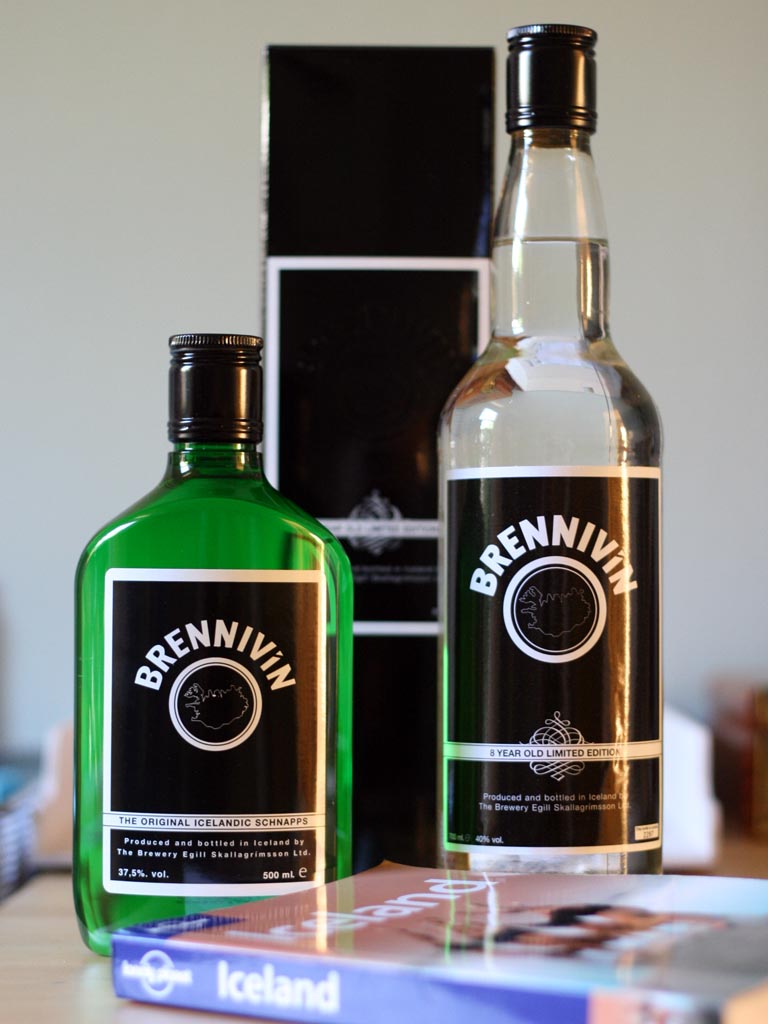 Brennivín, the “black death”, in the regular and aged varieties

Despite the nickname and its association with alcoholics in Iceland, I think brennivín is actually pretty decent. Granted, I picked up the 8 year aged version for myself rather than the regular one, so that may have something to do with it. This is the clear bottle pictured; the green bottle is the regular bottling (the spirit is clear, it’s the bottle that’s green). The smaller green bottle is for a friend and I’m looking forward to comparing the two once he opens it.

I don’t have any brennivín recipes yet but you can be sure I’ll be trying some soon.

The interesting thing about the rúntur is that at 6 am the streets and sidewalks are completely covered with broken glass, beer cans, and all sorts of garbage, but by the time the daylight tourists are out and about, it’s all cleaned up. Unless you happened to witness it for yourself, you could totally visit Reykjavík and never even know it goes on, especially since nothing really gets going until 1 or 2 am, which for many Americans is about as late as they’d ever stay out.

I’m really curious to hear about the aged brennivín — I never knew such a thing existed!

That’s interesting. As we went out looking for breakfast Sunday morning, Sarai and I noted that the streets were remarkably clean, considering the chaos that we had heard about on weekend nights. I do wish I could have seen it myself, but circumstances dictated that we skip it this time. I hope to go back during the summer, so seeing it under the midnight sun should be even more interesting.

I can’t open the regular brennivín until my friend comes to pick it up, so I haven’t compared the two yet, but the aged one is quite smooth. I haven’t made anything with it yet but I plan to this week, so stay tuned for recipes.