I’m interested in experimenting with infused simple syrups lately. The first one I’m trying out is ginger, using a recipe from The Art of the Bar. The book’s authors — the bartenders at Absinthe in San Francisco — say that this has become a staple for them and that they use it almost as often as they use regular simple syrup. I’m sure this is a bit of an exaggeration but I can see how something like this could really add an interesting twist to some drinks. 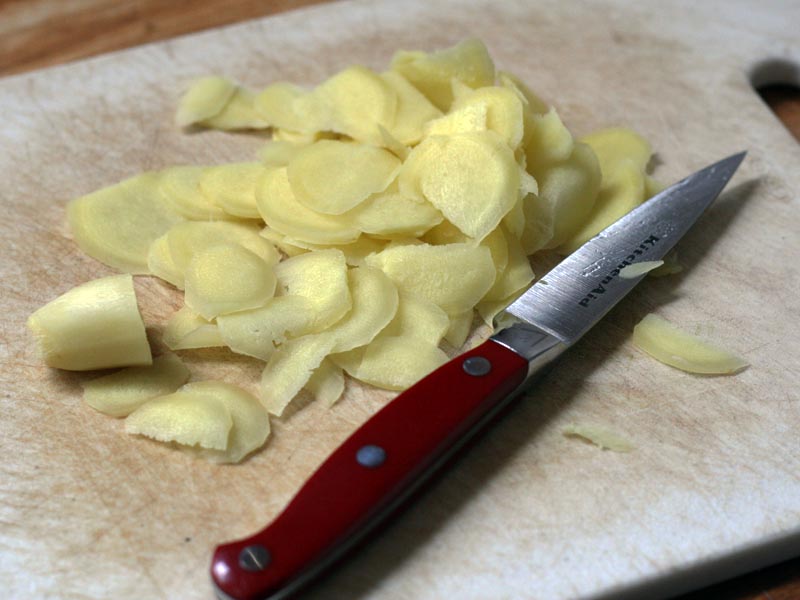 Combine the ginger, sugar, water, and peppercorns in a medium saucepan over medium heat. Bring to a simmer, stirring until the sugar dissolves. Continue simmering for 30 to 40 minutes or until the syrup smells very gingery. Remove from heat and cool completely. Strain the syrup through a fine sieve, transfer to a bottle, and refrigerate. 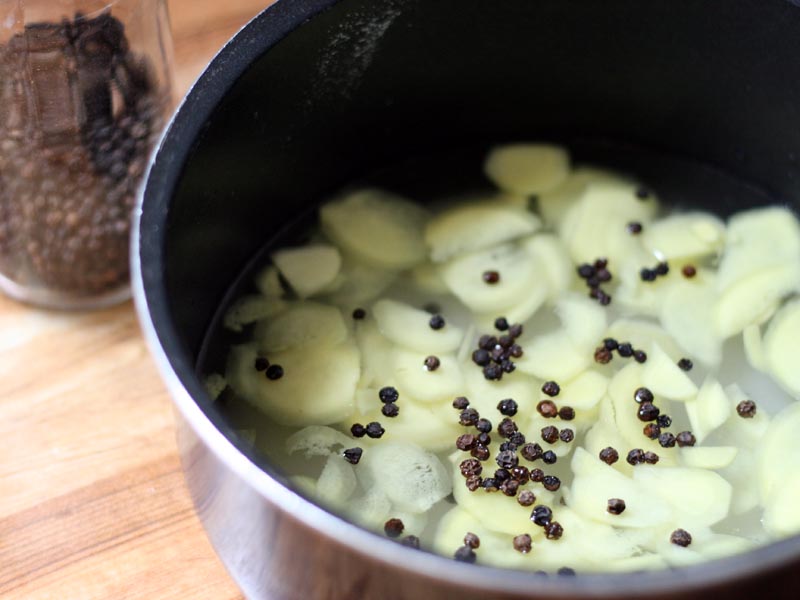 The recipe recommends storing this syrup for up to two weeks. I obviously don’t use as much of this at home as they do in a bar, I’ve had my batch for about eight weeks but it’s still fine. I’ll probably halve the recipe next time though, or when I make one of the variants included on the page with this one. Some of the variants include a black pepper syrup, which is basically the same as this one but with an extra 1 1/2 tablespoons of pepper and no ginger, a thyme syrup, and an apple syrup made with apple skins and cores. This last sounds good for the fall when apples are in season. 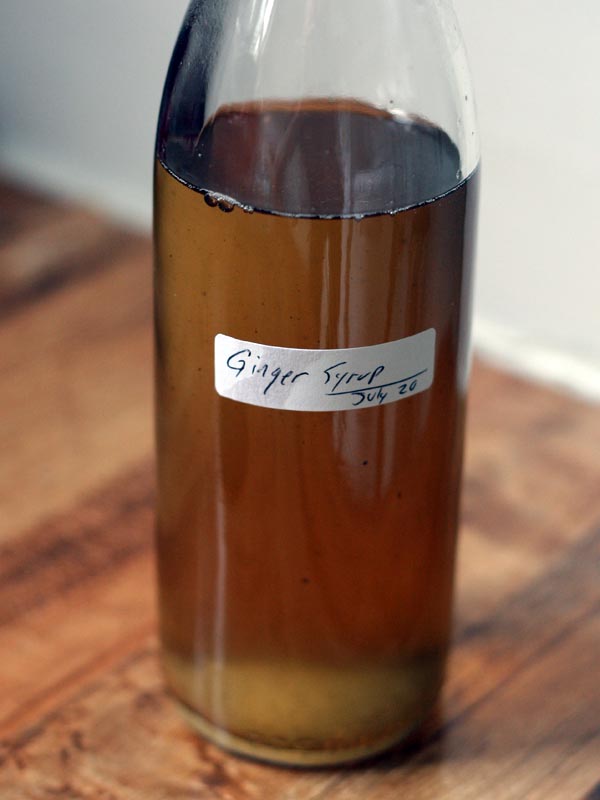 Some of the obvious pairings for ginger are peach, apricot, lemon, and pear, but I’m looking forward to trying it with less obvious things. It’ll be trial-and-error but I’m sure I’ll find some nice surprises.

[…] making tiki mixers of your own, start with one of our recipes and tweak to your liking. Falernum, ginger syrup, orgeat syrup etc. Your friends and family will take notice when you use fresh ingredients in your […]

I use this stuff by the half gallon at home.

I’m using this to try to replicate the “cucumber gimlet” at Lounge on 20 in Sacramento: cucumber vodka, ginger ss, lime, and cava. Delicious!

Wow! Love, love, love this recepie….I’m going to end up putting this syrup on everything!

I had a mango and ginger bellini, where they used ginger infused simple syrup. What is the purpose of the black peppercorns?

The peppercorns just add a little spice to the ginger. The recipe would be fine without them as well.

What do you store it in?

The bottle you see in the last photo is a 375 ml bottle from Specialty Bottle. They’ve got great bottles for stuff like this and they’re really inexpensive. Mason jars or even used jars of any kind will also be fine.

After making NA ginger beer I have realized that you should add the sugar to the water AFTER it has been removed from the heat. I have wound up with gooey goopy messes before simply because the boiling/simmering of ginger and sugar together create a viscous substance that is not appealing. Don’t worry the sugar will still dissolve, you’ll just end up with a more mixable syrup.