Thatchery’s roommate spent a little time in Havana recently and brought back some rum and cigars for those of us deprived of such things due to the stupid US embargo on Cuba. Not being a smoker, I didn’t try any of the cigars or cigarillos but Thatchery was kind enough to bring over a bottle of rum one afternoon. 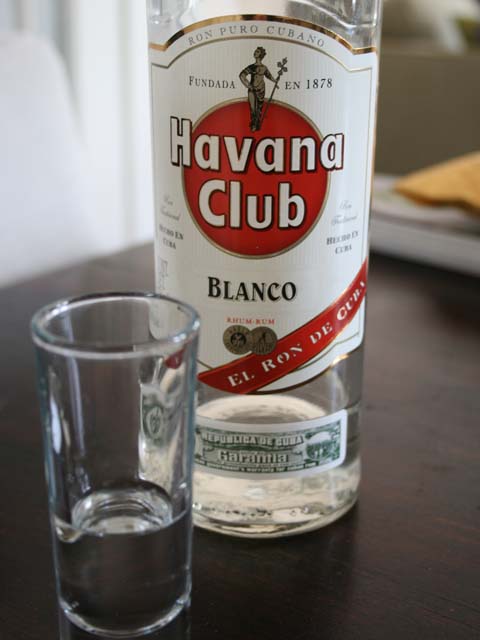 I’ll admit right off the bat that I don’t know a lot about rum. I pretty much never drink it outside of tropical drinks, so I’m afraid I can’t give an informed review. I’ve almost never had rum straight, in fact, which is how we sampled this one. The only other blanco rum I have on hand to compare it to is Bacardi, which it easily beats in taste and smoothness. 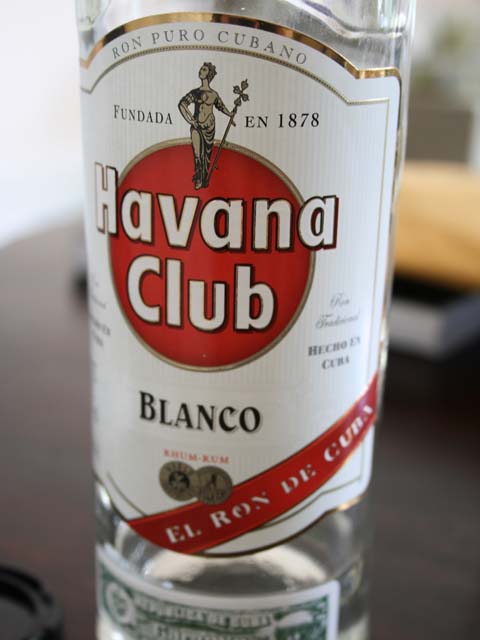 According to Wikipedia, the name Havana Club is the subject of a trademark lawsuit against Bacardi, who also market rum under this name. Bacardi’s version is based on a recipe they bought from the original makers of the rum pre-1960. The Cuban rum sold under this name now allegedly uses a different recipe. The Bacardi version is not available in the US either. 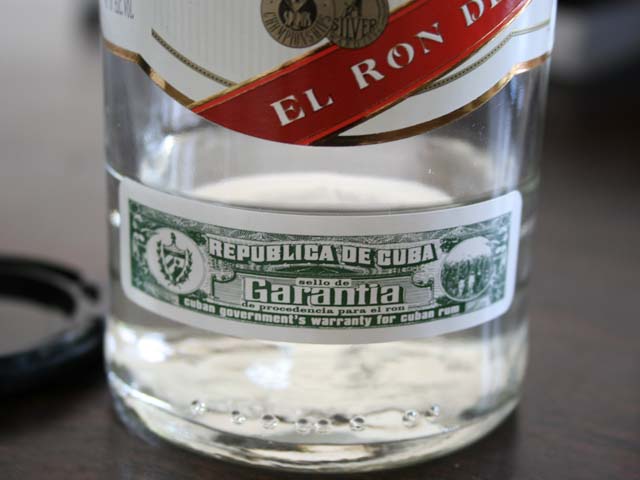 Learning more about rum is something I’d like to do. Sarah tried one of the rum flights at Forbidden Island recently, which looked interesting, and I always browse the rum selection at BevMo and wish I knew more about it. Maybe that will make a good project for this summer.

I unfortunately missed the trip to SF, and thus Forbidden Island (though Sarah raved about it). But if I had made it, I likely would have taken a rum flight as well. All I’ve got to say is Angostura 1919, from Trinidad, is a bit of heaven on earth.

[…] remainder of the Coke, after the taste test, was combined with some Cuban rum I have in order to make Cuba […]

Havana Club is all my husband will drink when we have rum.

I am a big fan of Havana Club. I’ll drink it straight on the rocks with coke or sprite. It is simply the best rum I’ve ever tasted. Any way you have it to me is the right way just as long as it is the REAL Havana Club. I tried the Bacardi Version its not bad but its no comparison to the real ting. I wish I could buy it here in the states I get it in Saint Martin When I go on a cruise. There has to be a better way.