When making an El Presidente cocktail back in December I discovered, to my dismay, that Rose’s grenadine contains more high-fructose corn syrup (HFCS) than any other single ingredient. It’s the first ingredient listed, with water coming second. Rose’s lime juice isn’t much better.

Upon learning this, I poured out my bottles of these two and went searching for a more natural replacement. My initial thought was to get pomegranate and lime infused agave nectars. I found a pomegranate agave syrup from Pacifica Culinaria but they don’t have one with lime.

Rather than order from two different places, I decided to go with pomegranate and lime-infused simple syrups from the Sonoma Syrup Company. They have a great selection of other flavors as well, including mint, lavender, almond, and more. I’ll probably try a bottle of almond once Mai Tai season rolls around in a few months. 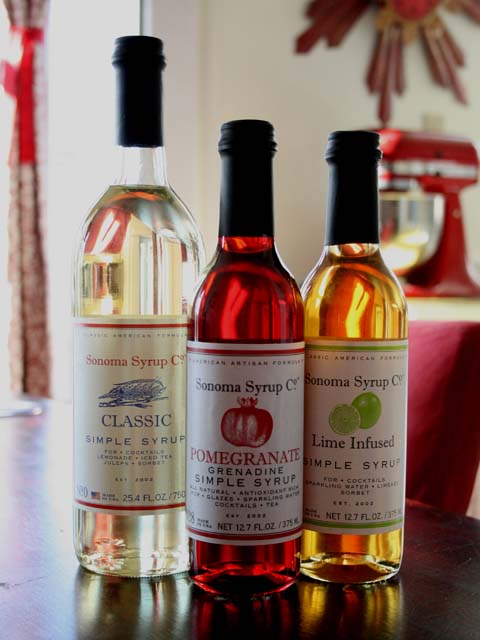 These arrived just the other day. I can’t wait to try them out.