The fourth and final bar we stopped by on our recent visit to London was 69 Colebrooke Row, a nondescript bar in the Islington neighborhood. Our other stops in London were Portobello Star and the Connaught and Coburg bars at the Connaught Hotel, and 69 Colebrooke Row was our last stop before leaving heading home. Located on a quiet street off to the side of a large one, we didn’t realize we had arrived until we were practically right in front of it. 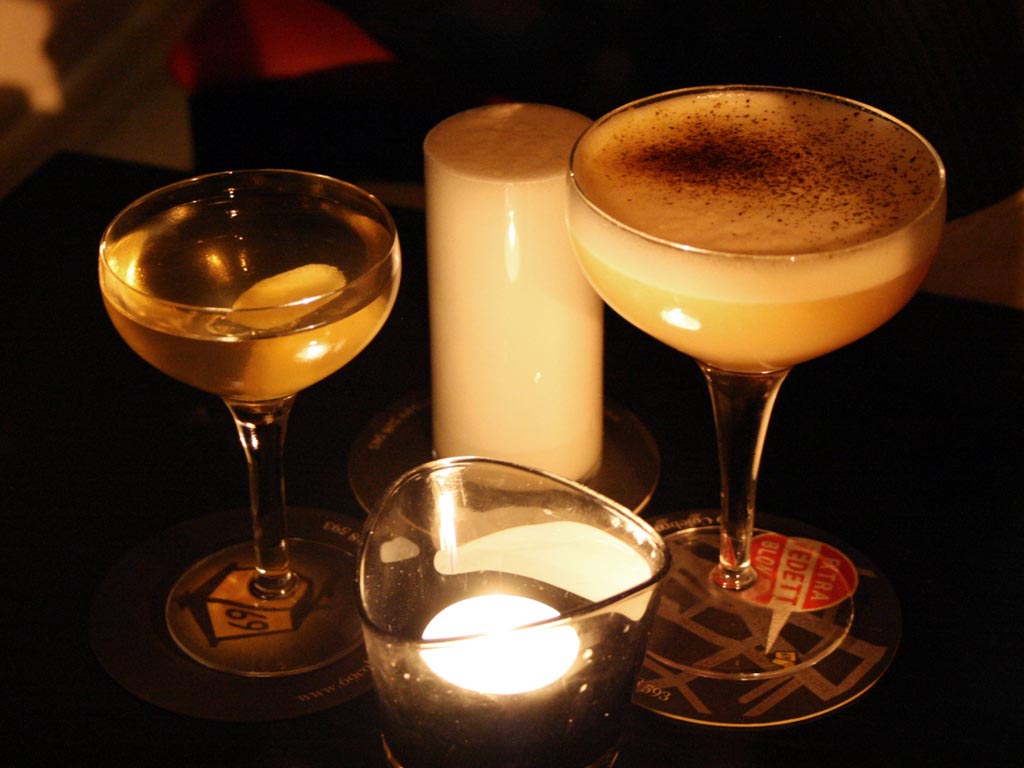 The bar was small and comfortable, if a bit loud, with plenty of seating. Nothing on the featured cocktail menu did it for me this evening, so I opted for classics, but Sarai and Susannah both ordered from the menu and everything they had was very good. They seem to do a lot of housemade bitters and such here; I would love to spend a little time sitting at the bar sampling things, but coming as it did at the end of our stay, we were getting a bit tired and didn’t have the energy for a full night of cocktails. I did get a chance to talk to the bartender on duty for a few minutes though and he was very friendly, asking about the bars here in Portland and Seattle as well as talking about what he’s doing there.

Of the four bars we visited, 69 Colebrooke Row was the favorite of both Sarai and myself, and also Susannah, a friend of ours in London who accompanied us on our barhopping adventures. We all agreed that this was the one we’ll come back to.

After seeing the pictures, I think I need a drink.