It’s been about a month since we moved and we’re still getting into our routines at the new place. We’re figuring out where and when to buy our groceries, how to work in our kitchen (and remember where everything is), and, most relevant to this site, finally finding ourselves with enough time that we’re starting to make cocktails at home again. We haven’t made many around the house since the move — not because we haven’t needed a stiff drink or ten during the course of it, but simply because the bar wasn’t unpacked and put away until just last week.

Luckily, we’ve already discovered our neighborhood bar, the Silver Lion (I’m not sure why the Yelp entry calls it the “Silver Lion Buffet”). 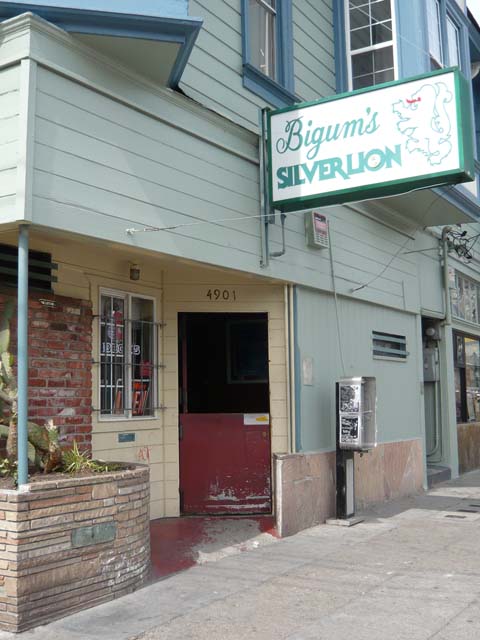 It doesn’t look like much from the outside, but what good dive bar does? My first indication that this was a place to check out came early one afternoon doing laundry at the laundromat across the street. I looked over toward the bar and noticed a small group of tattooed punks hanging out in front smoking cigarettes before going back inside. This was at about 2:00pm. Good sign. A few more times seeing similar scenes while passing by and I knew I had to investigate.

Sarai, Thatchery, and I ended up here two nights in a row shortly after, and it was everything I expected. The jukebox is great, full of lots of good, old punk rock, and the bartender had a Crass patch on her sweatshirt, which will always score a point with me. The crowd was similar — dreadlocks and tattoos are prominent accessories, and regulars here tend to wear a lot of black. Having hung out with a lot of crusty punks in a past life, this is a comfortable group. 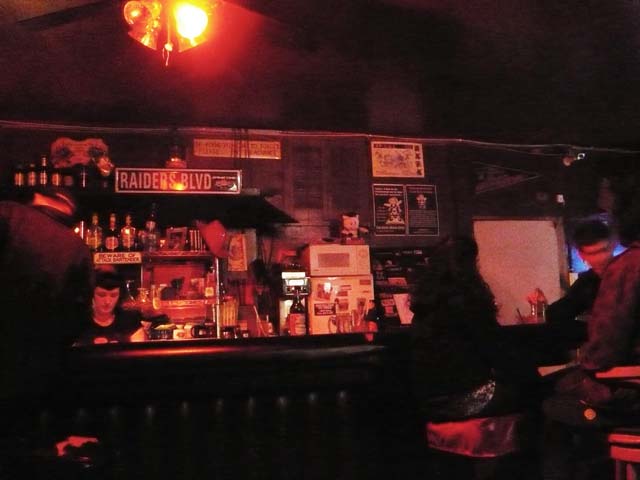 Drinks are cheap and go to the opposite extreme of some bars. Rather than a glass full of ice and a splash of bourbon, my first drink here was a glass of Wild Turkey with two small ice cubes that melted before adequately chilling the drink. I never thought I’d request more ice in a drink but luckily I didn’t have to; my next round was ordered for me and was made a little better. Still, better this than going in the other direction. And for only $5. 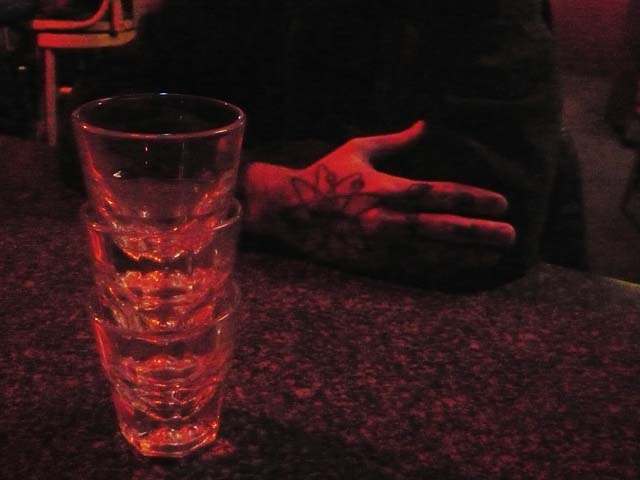 Thatchery with a stack of trophies

The Silver Lion is just around the corner from our apartment, and just down the block from Lanesplitters pizza, a great pizza place that’s open until 1:00am, which makes for a good way to wrap up an evening. While definitely not for everyone, those who are into this sort of thing will be right at home.

*May 16, 2008:* After knowing the Silver Lion just a few short months, they seem to have closed their doors. I went by there this afternoon and saw that the inside is almost completely gutted, and there were guys tearing big pieces of drywall off the walls and throwing it onto a big pile in the middle of what used to be the bar, now sans tables, barstools, etc. I only hope something worthwhile takes its place.

[…] place in Berkeley that we already know some good spots nearby. Some of our new discoveries are a punk rock dive bar just around the corner and the Parkway Speakeasy Theater, a great old theater where you can see a […]