Our final stop on our recent trip to Los Angeles was Boardner’s in Hollywood. Boardner’s was one of my favorite bars when I lived in LA. I didn’t come here all that often, but it was usually the one I first thought of when going to bars in Hollywood.

We stopped in here for a drink around 7:30pm on a Monday evening before going over to Nathan’s place downtown for dinner, and found it nice and quiet, with plenty of seating. I had a Manhattan while Sarai had a Woodford Reserve on the rocks, and we just chilled for an hour or so before heading out for dinner. The bar filled up a bit in that time, but not too much, and the volume stayed low enough that we were able to have a conversation without shouting across the table, which is always nice. The music was hit-or-miss; mostly good but with some terrible stuff mixed in. 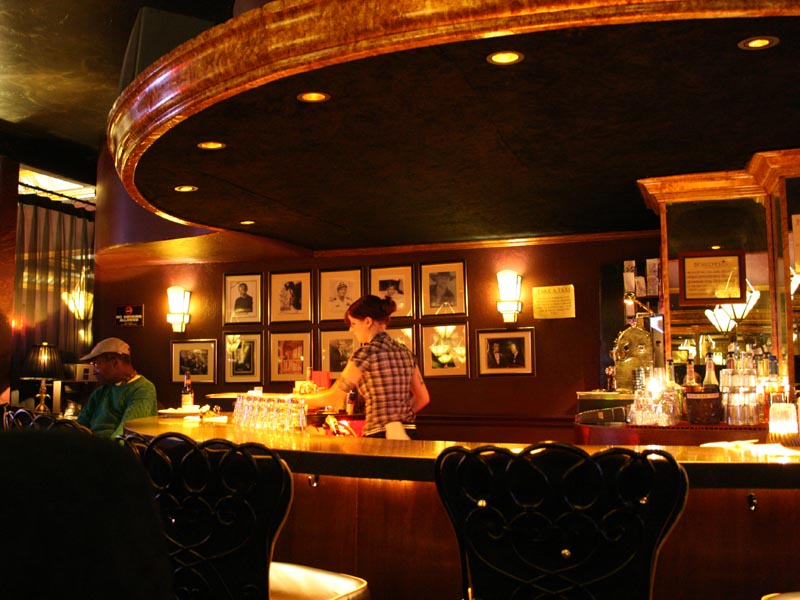 In addition to the bar, there’s an attached event space that hosts lots of bad dance clubs, and a large outdoor patio. I’ve been to clubs here in the past but they’ve always been so dark and crowded, and this was so long ago, that I don’t really remember what that space is like. The patio is nice, when it’s open. It’s good sized and has tables and a center fountain. It’s often reserved for the clubs though and closed to their non-cover paying bar customers. 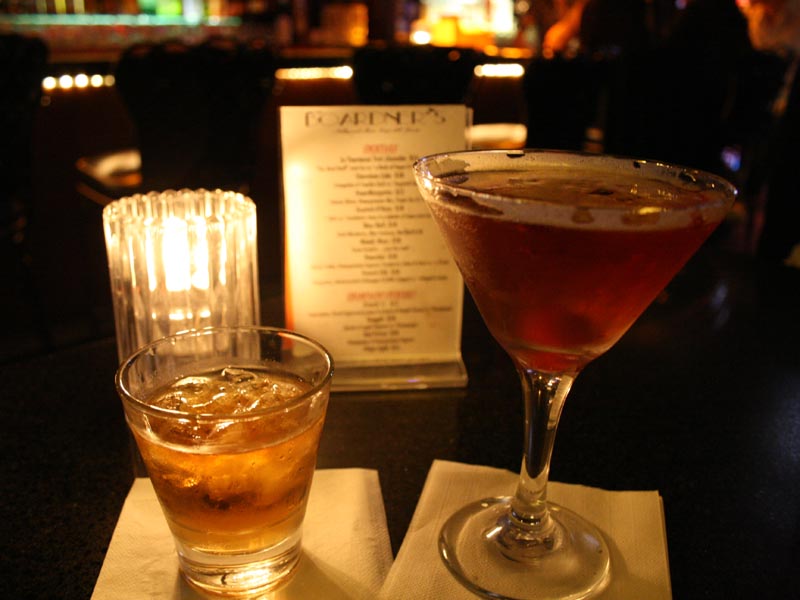 Apparently they’ve remodeled recently. I haven’t been here since we moved to San Francisco in 2004 and so I don’t really notice the difference, but the bartender told me about a “yard sale” they’re throwing to unload the old decor elements, lighting, and so on. It sounded pretty good, too bad we came back to SF before it happened.

They have a colorful article on their web site, detailing the history of Boardner’s, how it evolved and some of the stories and people that centered around this place. Interesting reading. Bukowski drank here, which is good enough for us.