And, we’re back! I’ve been on kind of a hiatus lately, dealing with the move from San Francisco to Portland and everything that comes along with it. It’s been over a month now and I’m now finally getting back into the swing of things. And what better way to celebrate my first post in Portland than with a review of Clyde Common, one of the first really nice bars I’ve visited in PDX. 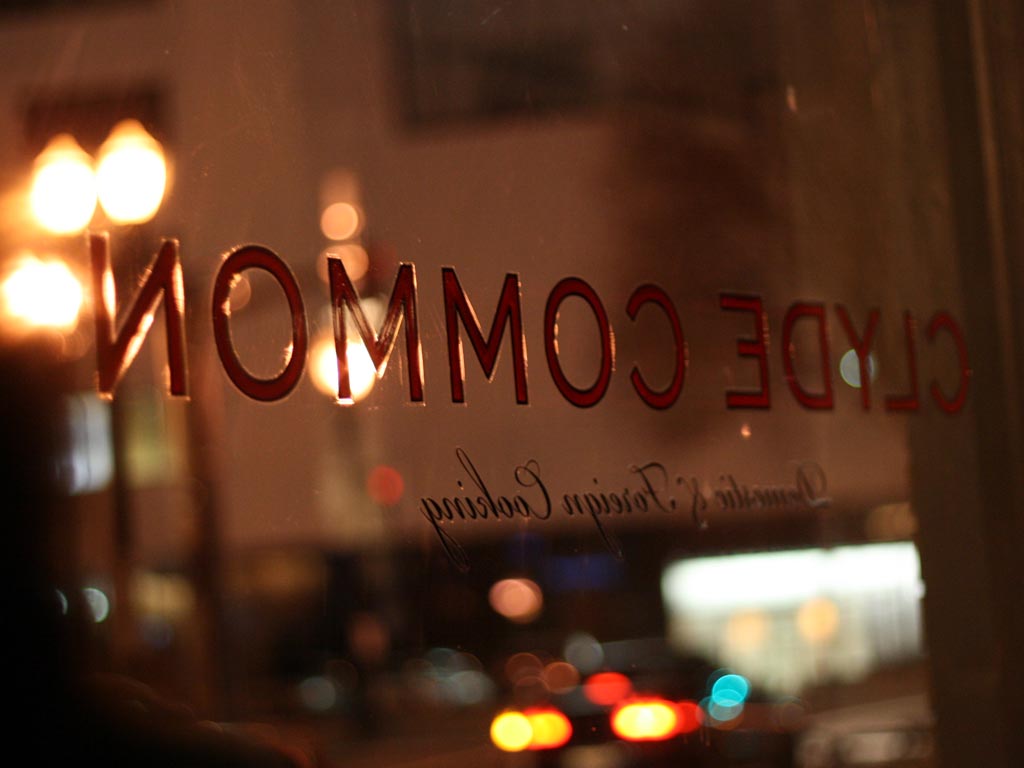 Every time I’ve visited Portland I’ve stayed at the Ace Hotel, located right next door to Clyde Common, but for the longest time I never tried it, even with a door into the restaurant right in the hotel lobby. But I finally checked it out after getting a helpful recommendation from someone at Imbibe magazine (also based here in Portland). Wow, I can’t believe I didn’t come here earlier.

Actually, we did go in there once but left because it was too crowded. We ended up in some dive down the street instead. Where I was served an Old Fashioned with club soda in it. Philistines.

Due to Oregon’s weird liquor laws all the bars in the city serve at least some food. Conversely, a lot of restaurants here also seem to have really good bars. Clyde Common is one of the latter, although possibly a bit closer to the middle than most restaurants. Sure, you can come here for dinner but it’s more likely you’ll come for drinks and just happen to order some food if you get hungry. The food menu isn’t particularly vegetarian-friendly, so I can’t comment on that, but the drinks are fantastic (we did try some appetizers though and they were all good). 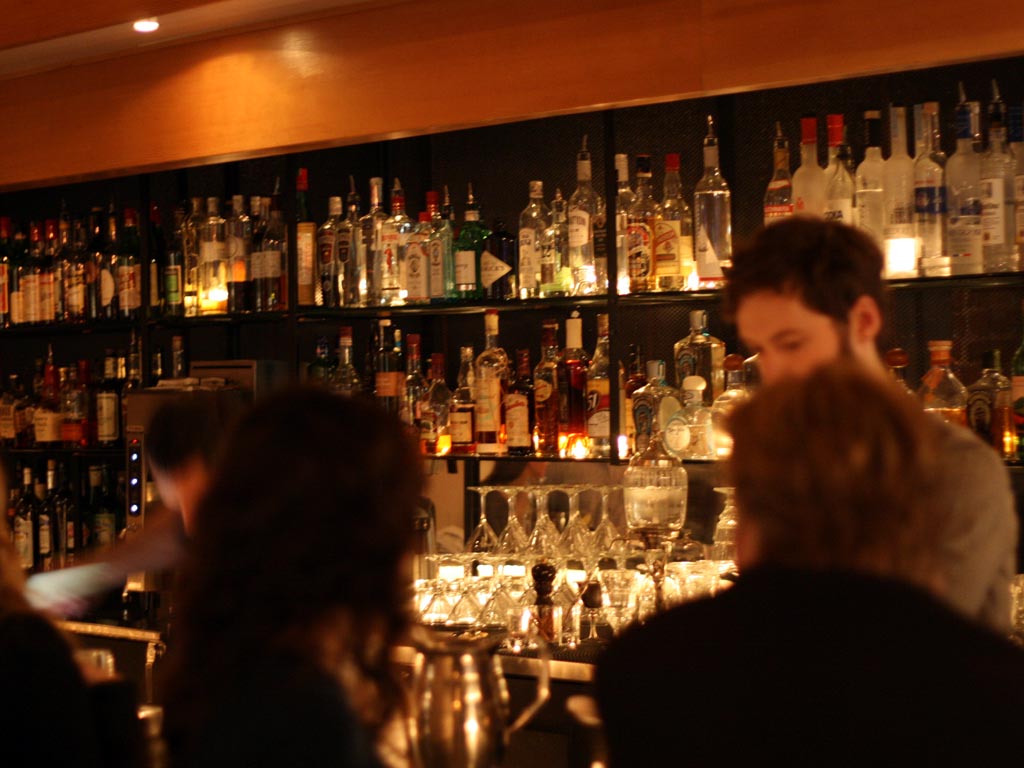 The cocktail menu is heavy on the classics, and some newer concoctions in the same vein. My first drink here was a Scofflaw, made with rye, dry vermouth, and their house-made grenadine, while Sarai had a Whiskey Ginger — bourbon with ginger and allspice. Their range of whiskies is comprehensive and you can either trust the bartender to pour something good or take your pick from the chalkboard next to the bar showing the current selection.

Speaking of which, unless you have something specific in mind, you’d do well to trust the bartenders. The gentleman behind the bar our first visit here was happy to talk to me at length about bitters and grenadine varieties, and make some rye recommendations when I was looking to try something new. It’s such a joy to find really knowledgeable bartenders, even if it does make me feel like a rank amateur. At least I can always learn something from the conversation. 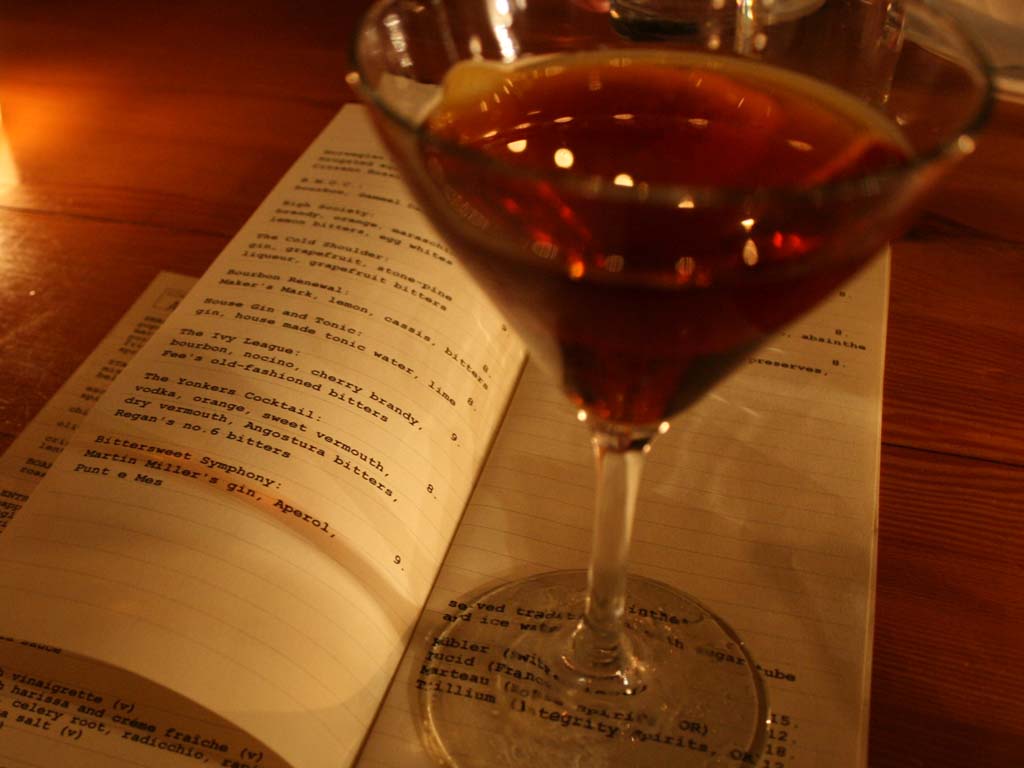 I’ve been to Clyde Common a couple times now and it’s definitely on my go-to list when I’m in the neighborhood.