If you ask around about noteworthy bars in London, you won’t get far without hearing about the bars at the Connaught Hotel. There are two: The casual Coburg Bar near the hotel entrance, and the fancier Connaught Bar in the back of the hotel, hidden around a corner off the back of the lobby. Not content to visit one bar with another nice one in the same building, we tried both. Efficiency, you know. I was in London for a limited time and had to maximize my bar hopping.

Our first stop was the Connaught Bar. While I had read about the Coburg in various places, the Connaught came recommended to me by Londoners who were familiar with both. Once we figured out where to find it, hidden away as it was behind a staircase, we entered a bar vaguely reminiscent of the Bar Hemingway at the Ritz Paris. The similarities weren’t in the decor — not by a long shot — but in the general feel of the place. Quiet, subdued, and much fancier than the places I usually go. 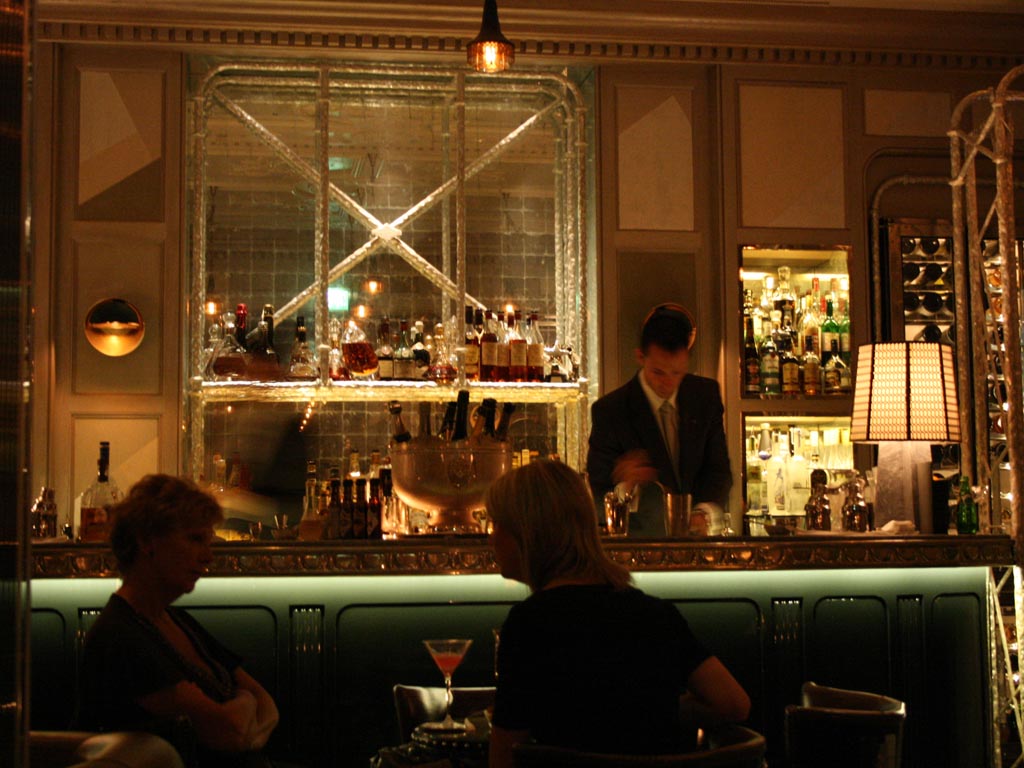 The drinks were fairly interesting, and the ones I sampled were all quite good. Drinks ordered from their featured cocktail menu came with a really nice touch: a menu-type card printed with the recipe for the drink. This is a great idea; I’ve got a stack of index cards with ingredients for cocktails I’ve had at bars but with no quantities listed. Experimentation is fun, but sometimes you just want to be able to easily mix up something you had out. These were in menu-style holders, so obviously not meant to be taken home; something you could take with you would be even better.

While the Connaught bar was very nice, it’s not exactly our style, so after one drink we headed over to the Coburg, which we found much more comfortable. Still nice, but with a more relaxed atmosphere.

The menu at the Coburg was really neat. The title read Coburg Bar: Bacchanology: pre 1800 – Present Day, and the cocktail menu was split up by decade, with each drink having a line or two about it as well as the ingredients. Very cool.

Negroni
Created in Florence around 1920s at Casoni Bar, when Count Camillo Negroni asked for gin to be added to his Americano.
Campari, Gin, Sweet Vermouth

The Coburg Bar menu is also available in PDF format. 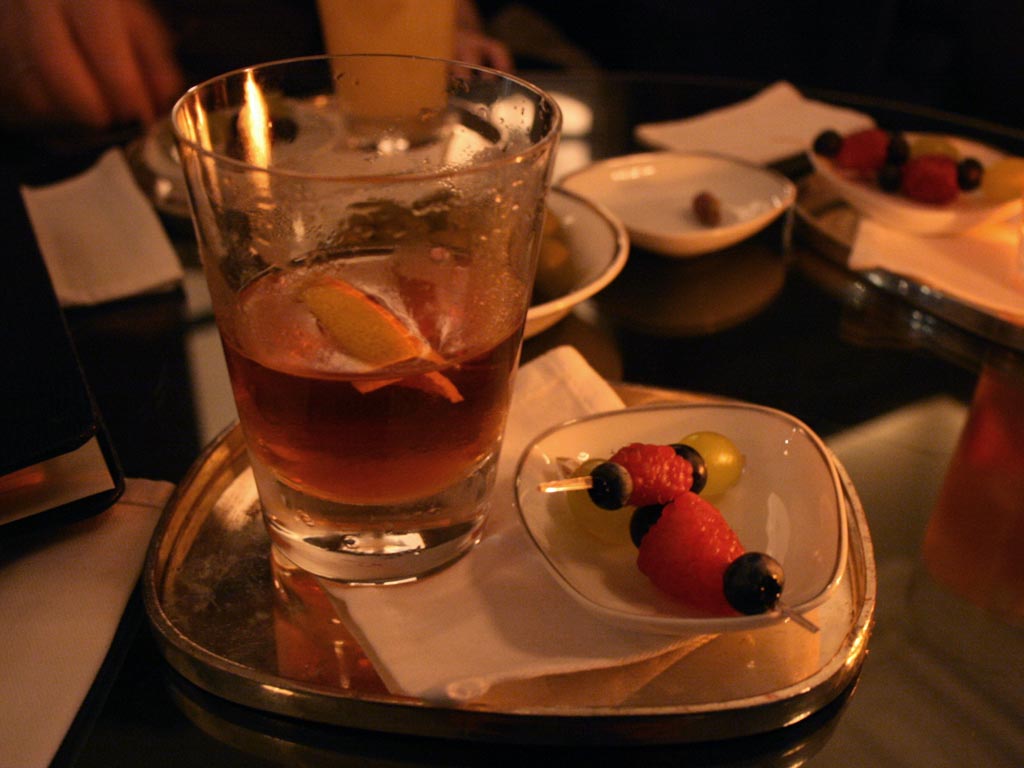 Sazerac at the Coburg Bar

We didn’t get to stay at the Coburg long (damned London and its early last calls), just long enough for a single Sazerac, but it’s definitely a bar I’d go back to. The music, service, and drinks were all good and, like I said, the atmosphere was much more welcoming than the Connaught. There was a good mix of people there, from the older, well-dressed patrons who might have been staying at the hotel, to casually-dressed younger people, to Michael Keaton, who was sitting at the table next to us (although this celebrity spotting wasn’t as good as seeing Michael Kors and his entourage at the Portobello market the next day).