No trip to New York City is complete without paying a visit to Death & Co., located in Manhattan’s East Village. After confirming that Jason Littrell would be behind the bar, we stopped by our final evening in town for some pre-dinner drinks. We enjoyed these few rounds so much that after skipping out for a late dinner we returned to D&C for a nightcap or two. 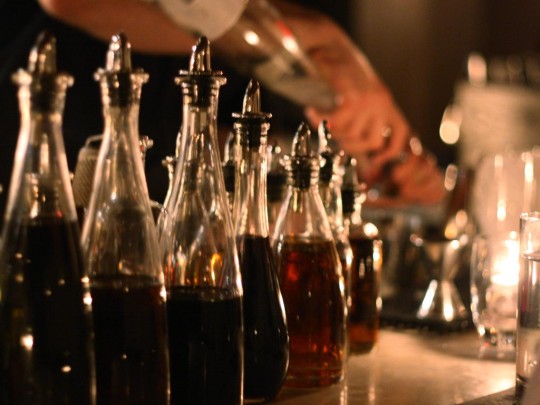 Death & Co. has a reputation for being crowded but arriving when we did around 7:00pm on a Sunday evening, the four of us managed to get a table without too much trouble. The bar filled up while we were there, and then the crowd waned again as the evening wore on. The service was attentive — even during the busier periods and we were never hurting for water or another round of cocktails. This was my first time here (but not my last!) but I had an idea of what to expect, having met Jason and seen him work when he was guest bartending at Teardrop Lounge in Portland back in January. Death & Co. easily met my expectations. 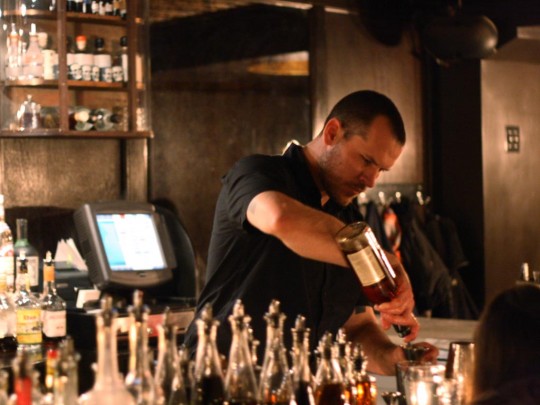 Between the four of us, I don’t even remember everything we sampled, but suffice it to say we tried a good portion of the menu and everything was excellent. The one that really sticks out for me though was the Widow’s Laurel, a fantastic concoction created by Joaquin Simo and made with Calvados, Carpano Antica, Drambuie, allspice, and bitters. It was so good that I later had to pester Jason for the recipe, which I’ll be writing up here soon. (You’ll want to stay tuned for this one.)

The Death & Co. menu is laid out nicely, with pages dedicated to the major spirits — gin, rum, whiskey, tequila, brandy — and also a “multiple choice” list, featuring cocktails that will work with your choice of between four and six different bases. “We added the freedom to choose your preferred base spirit in the following drinks”, the menu states. It’s a neat idea; I love menus that contain creative touches like that. 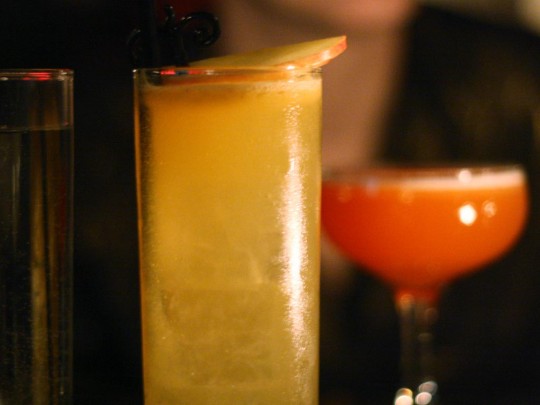 I wrapped up the evening with a bartender’s choice Manhattan, as I often do, and was presented with what you see below: a standard-sized cocktail plus an equal amount in a sidecar alongside it. What service! Admittedly, it was a bit much, as I wasn’t expecting two more cocktails at that time, but luckily I have considerate friends who have no problem lending a hand when there’s extra booze around. 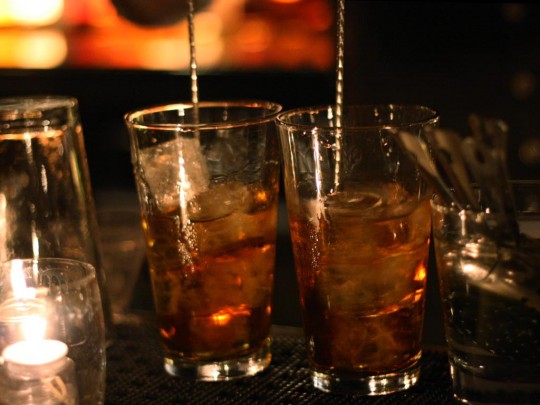 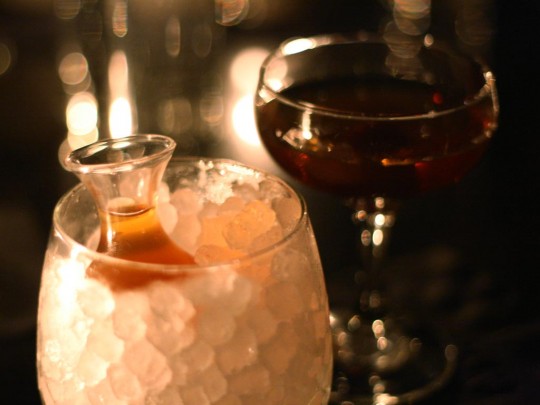 I am a quite a fan of this blog, and your description of the Widow’s Laurel recipe has me really excited. Is the recipe going to be up soon?

Thanks and keep up the great work!

It’s kind of slipped through the cracks but thanks for the reminder (and the kind words). I’m out of Calvados at the moment but I’ll try to pick some up soon and try my hand at making my own, and will post it here as soon as I do.

Thanks, Kenn, I look forward to seeing it.

Hello. I was just revisiting your blog and wondered if you might still be able to post the Widow’s Laurel recipe. I have scoured the internet and I haven’t found any other recorded instances of the drink. It’s always great to have another apple brandy drink for the autumn.

Thanks and keep up the good work.

Sorry about that, Alexander. I still plan to write up a proper post about it eventually but here you go:

Stir and strain into a cocktail glass, garnish with a brandied cherry.

Thanks, Kenn. Much appreciated!