I finally made it out to Forbidden Island, the new (well, newish) tiki bar in Alameda. Residents of Alameda refer to themselves as “island people”, so a place like this fits in well. (For those unfamiliar with the area, Alameda really is an island in the San Francisco bay.) 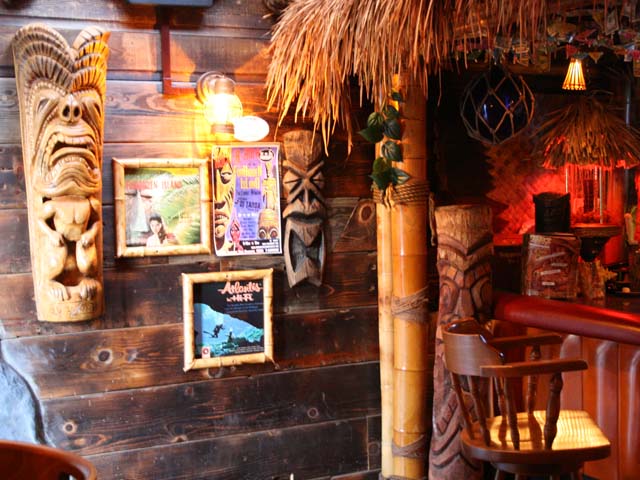 Forbidden Island’s reputation precedes it and I have to say, it really lived up to it. The cocktail menu is pretty comprehensive and the drinks are very well made. I had three or four drinks and sampled most of the others my companions ordered, so I got a pretty good selection. There’s a tendency for bartenders to make tiki drinks too sweet but this wasn’t a problem here. Most drinks had just the right balance. Prices were generally in the $7 to $10 range, which makes it a little pricey for an everyday bar, but this clearly isn’t your everyday bar (although it just might be if I lived a little closer). 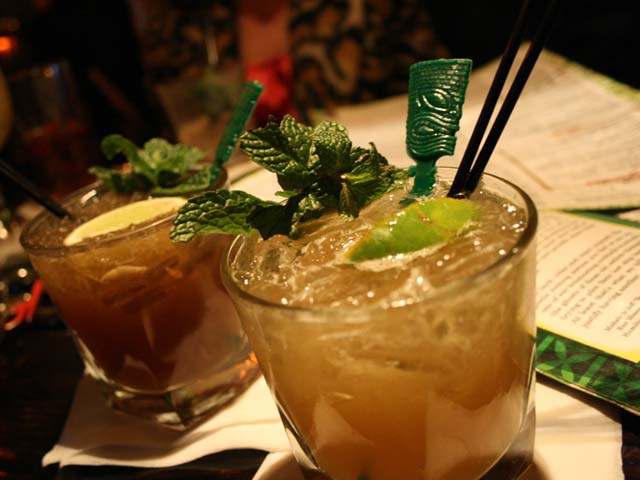 We met the proprietor of TikiRoom.com while we were there, who runs the TikiCentral forums and played a part in making Forbidden Island what it is. He was able to fill us in a great deal on the bar, how it started, and how it runs today.

Alameda is a bit out of the way from San Francisco, but I’m about to move to Oakland so visits to Forbidden Island will soon be much more convenient for me. Regardless, it’s definitely worth making an occasional trip from SF.

[…] NY Times: In Defense of the Blender Filed under: Tiki — Humuhumu @ 12:12 pm Chamborlada at Forbidden Island, photo by Kenn Christ […]