Heinold’s First and Last Chance has been open in in it’s current location in Oakland’s Jack London Square since 1883, making it the oldest bar in the San Francisco bay area. The building, not much larger than a shack, was built with the wood from an old whaling ship in 1880 and sold three years later for $100 and turned into a bar.

Any building this old in the SF area has been through a lot and, in the case of Heinold’s, it shows. The 1906 earthquake left the foundation of the shack severely skewed, and it remain in this state to this day. The floor and bar are both slanted at a crazy angle, tilting down and away from you as you enter. 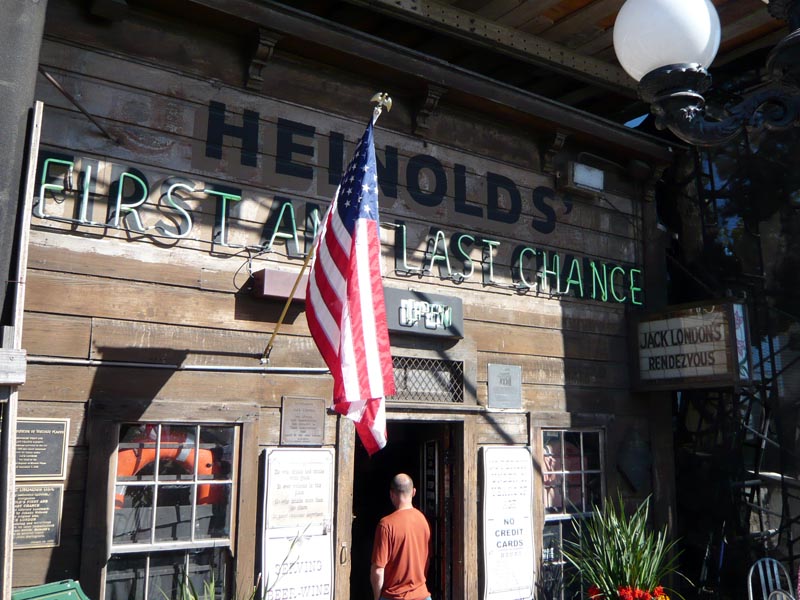 Like so many places around Oakland, Heinold’s was a favorite spot of Jack London, who studied here while still in school and returned throughout his adult life to drink and to write. The building is designated a National Literary Landmark and is listed on the National Register of Historic Places. Due to this history, and it’s location in Oakland’s Jack London Square, Heinold’s can get a little touristy, but you can probably avoid that by doing during the week, preferably earlier in the evening. 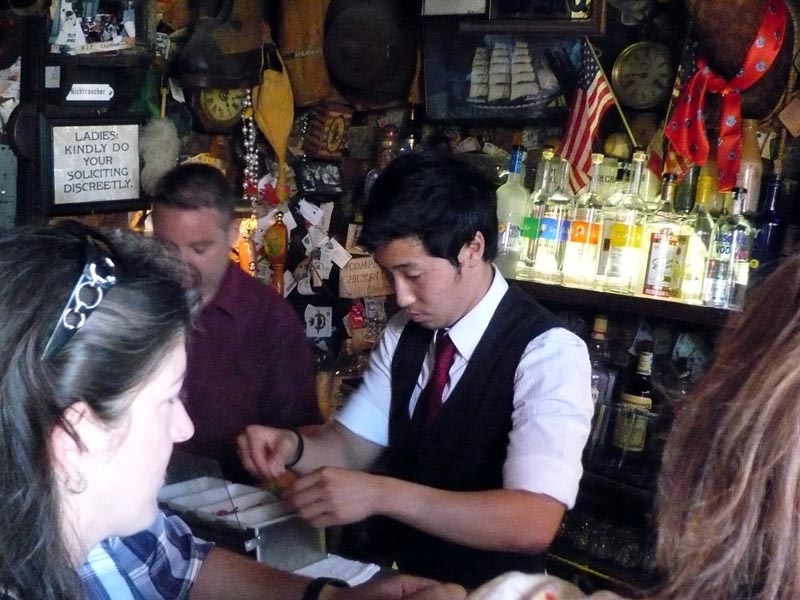 There are tables out front so you can enjoy your drink looking out over the water on nice days. You’re not allowed to bring glass outside though, so if you’re going outside it’s best to skip the Manhattans and stick to drinks that will taste ok in a plastic cup. If you can get a table inside, which is tricky due to how small the places is, you’ll be relived to know that they’re bolted to the floor. Just walk carefully.