San Francisco’s East Bay — the area that includes Oakland, Berkeley, and Alameda — has become something of a tiki mecca in recent years. There’s always been a tiki presence here; this is where Trader Vic’s, the birthplace of the Mai Tai, originated in the 1930s, after all. But lately our selection of tiki bars has exploded far beyond the Trader Vic’s in Emeryville and now includes such great places as Forbidden Island and The Conga Lounge.

The fourth tiki bar in the East Bay, and the only one I hadn’t been to until recently, is the Kona Club in Oakland. The Kona Club was opened in 2005, the same year the Conga Lounge opened, by the owner of a couple other bars in the east bay. We’ve gone past it a million times and finally stopped in to check it out one day last weekend after taking a bike ride through the nearby Mountain View Cemetery. 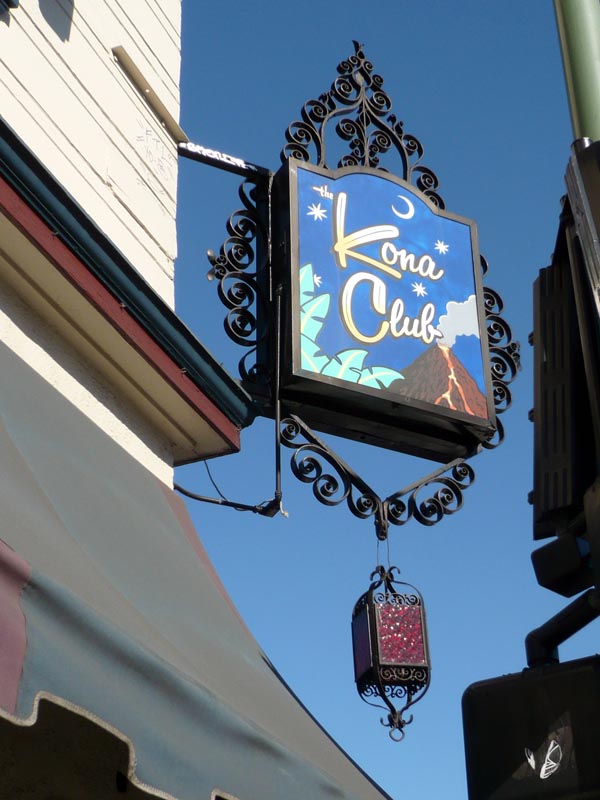 The drink menu has a small selection of tropical libations, and plenty of other stuff as well. We ordered from the menu: a Shipwreck for me and a Macadamia Chi-Chi for Sarai. There are a number of different recipes called “shipwreck” out there; this one was made with three rums, plus pineapple and cranberry juices, and was quite tasty. Sarai got the Macadamia Chi-Chi in order to compare it to her favorite drink at Forbidden Island, and was happy with the result, except that it could have been blended a bit smoother. I was a bit concerned by the fact that the Mai Tai on the menu was the “Hawaiian” variety, containing pineapple, orange juice, and amaretto, instead of the classic recipe. I’m sure they could make a real Mai Tai upon request, but we only stayed for one round, so I didn’t get a chance to find out. 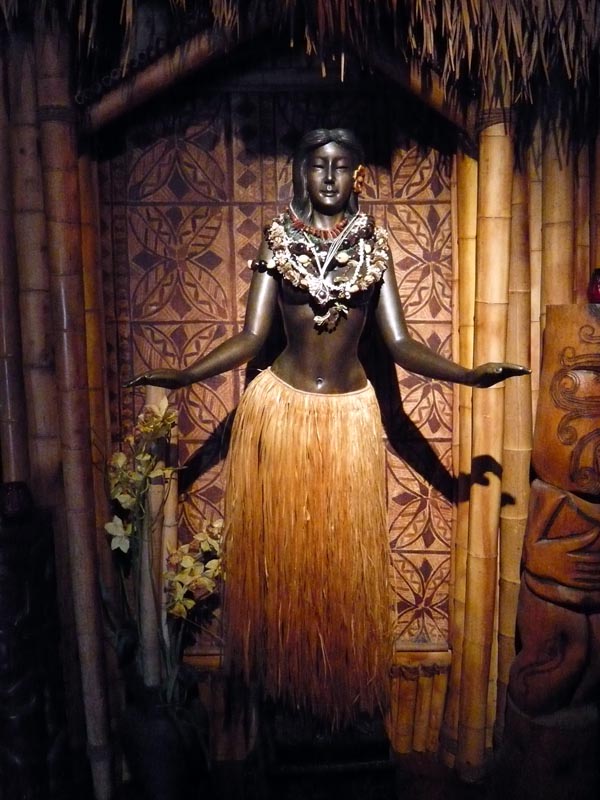 They put a lot of work into the space, and it shows. I particularly liked the animatronic hula girl (pictured above). The space is huge, much bigger than I expected from seeing the outside, and very well decorated. The atmosphere was a bit spoiled by the two televisions, tuned to two different sports events. I generally dislike TVs in bars but am a bit more forgiving if they’re showing something interesting. Good examples of TV use would be films like The Secret of Easter Island or Blue Hawaii, both of which I’ve seen at the Conga Lounge. Never sports though; keep that to the sports bars, please.

Another sticking point is the music. I understand the desire to have a well-rounded jukebox, but something about hip-hop in a tiki bar doesn’t really work for me. 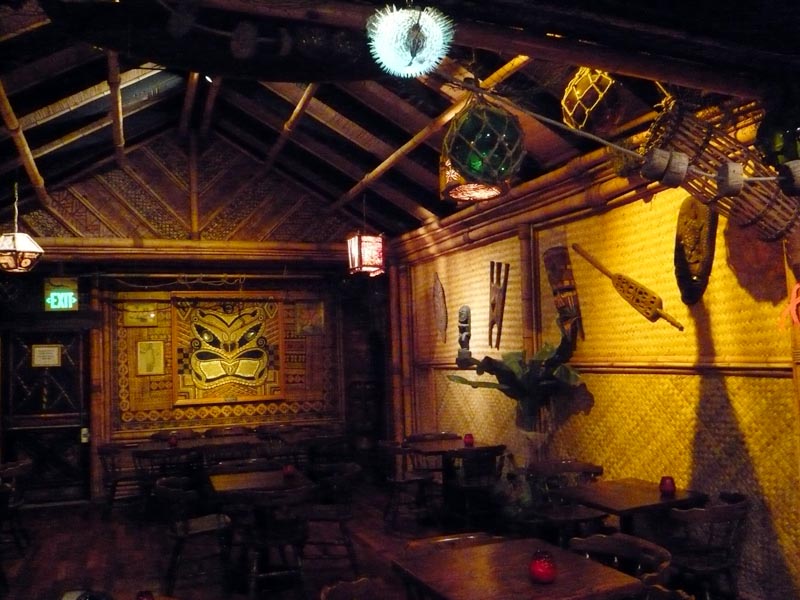 Music and televisions aside, the Kona Club is definitely worth checking out if you’re in the neighborhood. I don’t get up this way very often so I don’t know how often I’ll come here, but if I lived nearby I’d be a regular.