Sometimes nice bars show up in unexpected places. When in the Los Angeles area, I generally assume that I’ll be going into LA proper to get a good drink so I was pleasantly surprised by Lula in Santa Monica, which we found just around the corner from the apartment we recently stayed in.

We ate here twice during our week-long stay in Santa Monica and only after being seated the first time did we realize that we had actually been here once before, on an LA trip a few years ago when we met a friend here for brunch. The food is good, the margaritas and sangria are delicious, and they serve 175 different tequilas, so you really can’t lose. 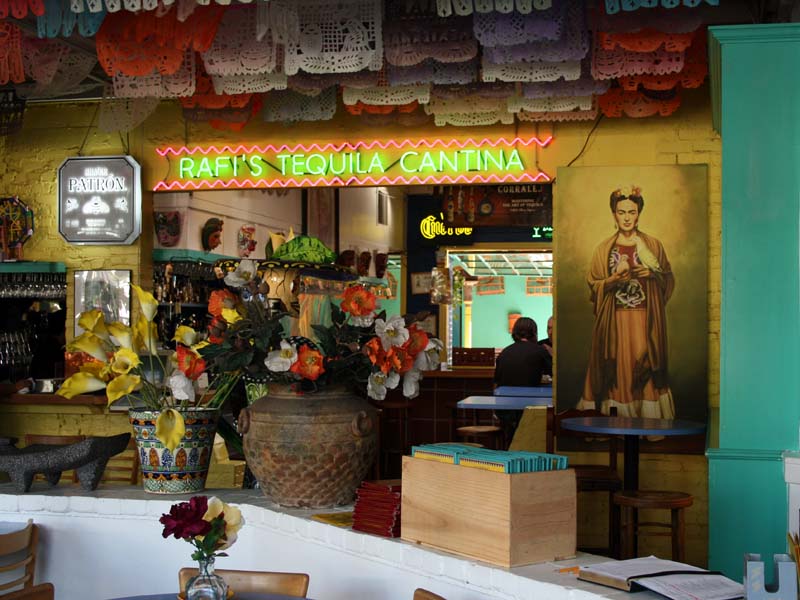 The drink specials of the week were a ginger margarita, and some sort of sangria. We tried the special sangria of the week our first visit and it was really good, but now we can’t remember what made it different from their regular sangria. In any case, it was good stuff. The ginger margarita, on the other hand, I remember well, having had those on both visits. The ginger came in by way of a ginger liqueur, but I think I’m going to try making these at home with some homemade ginger syrup I cooked up recently.

The atmosphere of the restaurant is great too, very open and colorful, with windows running long the entire front wall that are opened on warm days (and, this being Santa Monica, there are a lot of them). There’s a bar area for drinks, but get a table at the windows if you’re eating. The food is good too, so I recommend getting dinner while you’re there. 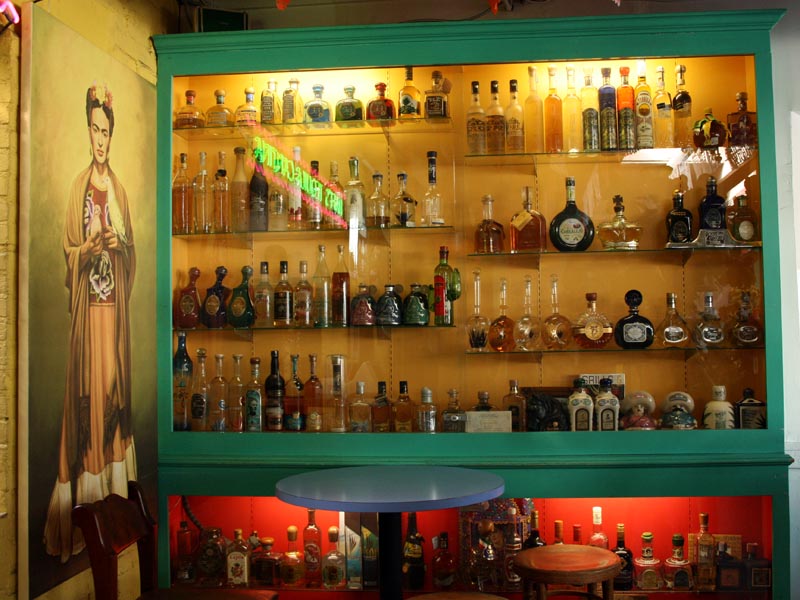 My only complaint about the place is about the bartender the first night we ate here. For someone working in a place like this, his tequila knowledge was woefully inadequate. When talking about their selection I asked him about the best tequila he could pour me for $10 (hey, I’m not made of money here). He was happy to tell me about the most expensive one they have though, which runs $35/ounce, but admitted he didn’t know much about tequila and just handed me their tequila list and told me all the prices are listed, which was not very helpful. I settled on Partida Reposado, but as someone who doesn’t know much about high-end tequilas, I would have liked a little more guidance. The couple sitting at the bar next to me were more helpful, telling me that they’re working their way through the entire selection, and pointed out his recommendation in this price range. I don’t remember the name now (of course) but it comes in a tall, slender, blue bottle. I’ll know it when I see it again.

I don’t know much about tequila either, but I remember having a delicious one out of a tall blue bottle as well. It kind smelled like vanilla. There is a fantastic restaurant in San Diego called El Agave that has all kinds of tequila. You can get flights. Very fun.

There’s a restaurant/bar in San Francisco called Tres Agaves that has those too, as well as, from what I understand, a great tequila selection. I’ve been meaning to check it out but haven’t yet. Stay tuned though, margaritas are best in warm weather so I’ll try to get out there soon.

Thanks! I haven’t gone looking for it yet so that’s good to know.

The tequila in a tall, slender, blue bottle is probably Milagro silver ( http://www.milagrotequila.com ), which I’ve found to be a good value.

Thanks, Eric. It wasn’t Milagro, actually, but something else. Corralejo, maybe, but I’m not sure now.

i would bet you $20 it was Corralejo Reposado.
Tall blue bottle, yellow ish label. One of the best price/value tequilas out there.
Way better quality than milagro and way cheaper than 1942.
About 25-30 bucks at bev mo.