We recently spent a few days up in Vancouver, BC and took the opportunity see what that neighboring city has to offer. As we usually prefer to stick with one place rather than hopping from bar to bar, we were only able to spend a decent amount of time in one bar. For this trip, we chose Pourhouse, located near the water in Vancouver’s Gastown neighborhood.

Not knowing much about the cocktail scene in Vancouver (which is a little silly, considering how close it is to Portland), I relied mainly on the January 2010 issue of Imbibe for suggestions. Pourhouse was featured in their article on Vancouver and, being one of the few I had heard of elsewhere as well, is where we ended up spending a few hours one evening. 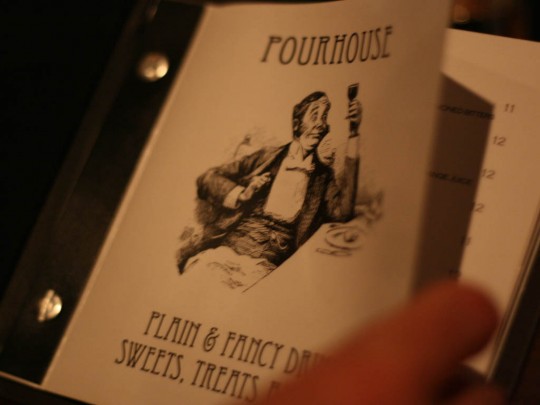 The Pourhouse web site give you a good idea of what to expect aesthetically, as you can see by comparing the front page to my photo below. The turn-of-the-century decor, exposed brick, and hanging Edison bulbs give the bar a cozy, vintage feel, tempered a bit by the large windows in front and open floor plan.

The drink menu is intentionally small, and the bartenders on duty were happy to get creative and mix up drinks tailored to our tastes. It was a cold night, so we mostly stuck to whiskey and aged rum in the style of the Old Fashioned and Manhattan, playing around bitters and amari to keep things interesting. 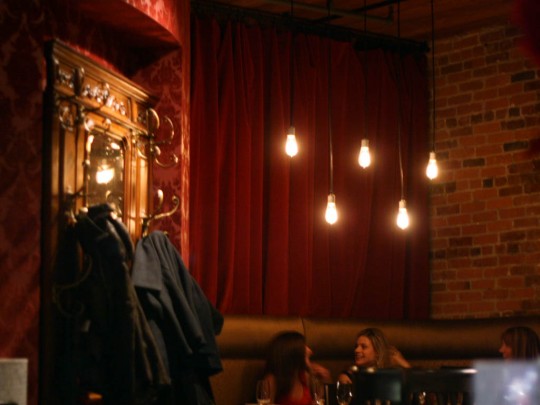 The menu is small and the prices a little high, but venture off the page and you won’t be disappointed.