We didn’t plan on hitting Tiki Ti on our recent trip to LA, but sometimes you just need to tiki it up. We were near a beach, experiencing some real summer weather for a change, and we heard the call, so into Hollywood we went late one afternoon. 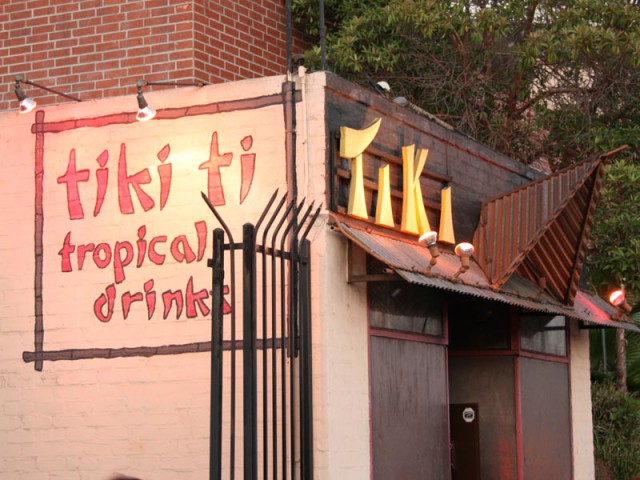 Not much has changed here since my last visit a few years ago, but then, I expect not much has changed since the bar first opened in 1961. That’s part of its charm, after all. Still crowded, still noisy, and still chanting “ooga booga” when someone orders the drink by that name. The person ordering the Ooga Booga this time was me, partially because I wanted to get people a little worked up, and partially because I wanted one of the house specialties but couldn’t remember what I had last time. They still don’t have drink descriptions on their menu, so selections have to be made on the name alone, and that was the only one I distinctly remember trying. Too bad I didn’t remember that it was so sweet; I didn’t care for it much and probably should have stuck with a Mai Tai.

Sarai wanted something with banana in it, and so opted for the Yellow Bird, which has rum, Galliano, banana liqueur, and pineapple juice. I’m really not sure what’s in the Ooga Booga. 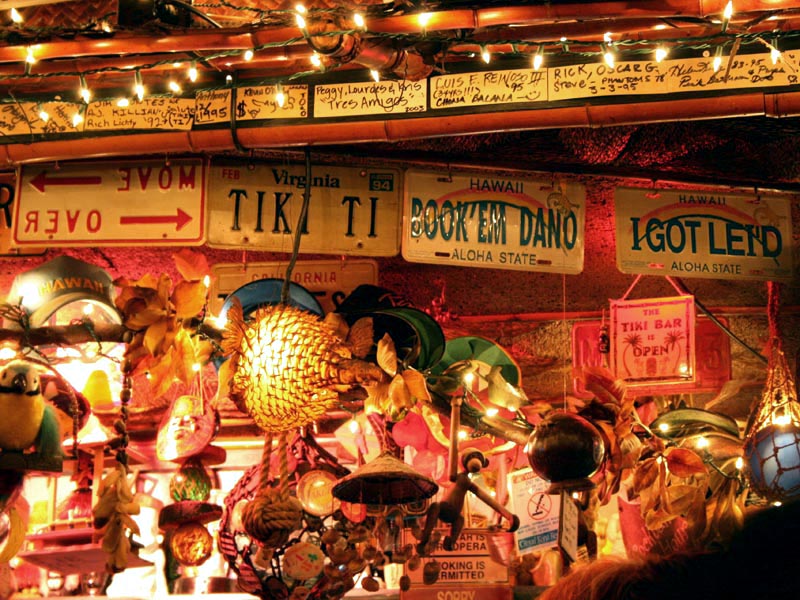 Tiki Ti is still crowded, and still cash-only, so my advice from the write up I did back in 2005 still stands: Get there early and stop at an ATM first.