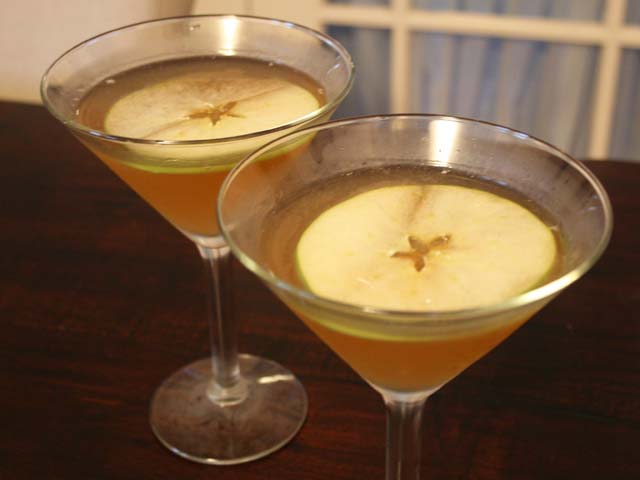 Shake all the ingredients with ice and strain into a chilled cocktail glass. Garnish with a thin slice of apple and a strip of orange peel.

Tart! The apple and orange together gives the Apple Jack a delicious tartness, but not enough to be too tart. Just be careful eating that apple slice when you’ve finished with the drink.

The Apple Jack Cocktail recipe was originally published in 1936 in Frank Meier’s The Artistry of Mixing Drinks. Frank Meier was the head bartender at the Hotel Ritz in Paris in the 1930s. The title is now out of print, unfortunately.

Love this cocktail. I served it as an apéritif to pork chops w/sauteed apples and roasted butternut squash. Instead of Calvados, I used Laird’s AppleJack and recommend backing off a bit on the cointreau and lime juice.