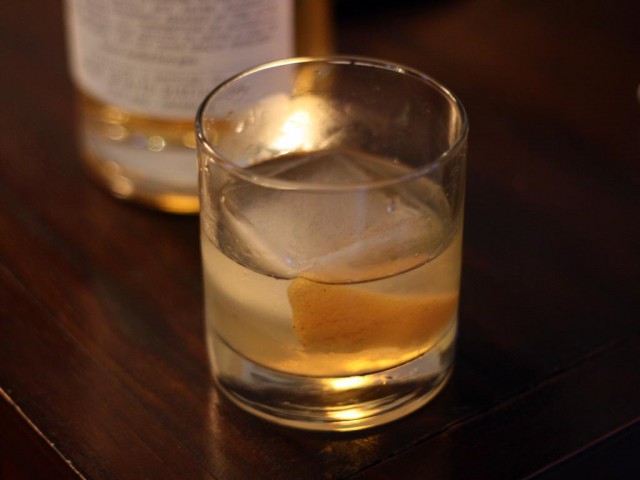 Muddle the grapefruit zest with the bitters and syrup in an old fashioned glass. Add ice and aquavit and stir until cold.

I made this cocktail using Gammal Krogstad, the latest in the House Spirits limited release apothecary line. The recipe is based on one served at a recent House Spirits event at Central in downtown Portland, the only difference being that I used muddled grapefruit zest in place of the grapefruit bitters in their recipe. I didn’t make that change for any particular reason – I just don’t have grapefruit bitters on hand. I do have plenty of fresh grapefruit left over from Cocktail Camp though, so I made do with that. If you’re making my adaptation, be sure to cut a nice thick piece off the rind, with plenty of the bitter white pith.

The drink itself is a great way to showcase the spirit we’re using. The aquavit comes through nice and forward with some very light honey notes and a spicy bitter finish from the grapefruit and bitters. I’m getting a good bit more bitterness from the citrus in my variation than the original with the grapefruit bitters, but it works well either way.