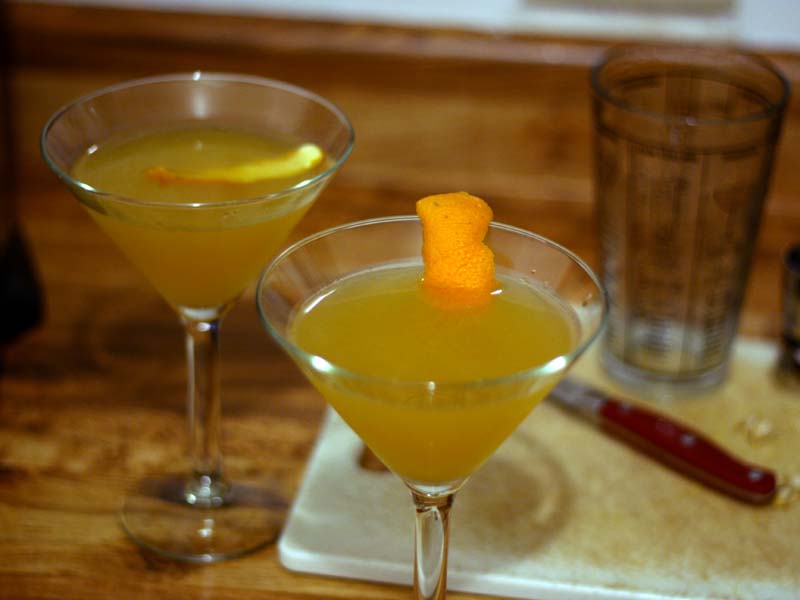 Combine all liquid ingredients in an ice-filled cocktail shaker and shake until cold. Strain into a chilled cocktail glass and garnish with an orange twist.

This drink was first published in The Old Waldorf-Astoria Bar Book, which gives it a creation date of some time prior to 1917, and was later updated by Gary Regan in 2003 for his Joy of Mixology. This is the updated version, which adjusts the amount of vermouth and adds the orange bitters. Harry Craddock also had a “Silver” version of this drink in The Savoy Cocktail Book which included egg white, an ingredient commonly used in his day that’s rarely seen today.

The Bronx Cocktail isn’t bad, but I prefer the Bronx Bomber, which is based on this one. That drink, to me, has a better balance and a more interesting flavor, due to the addition of lemon juice. The Bronx Cocktail is a little heavy on the orange juice for my tastes. 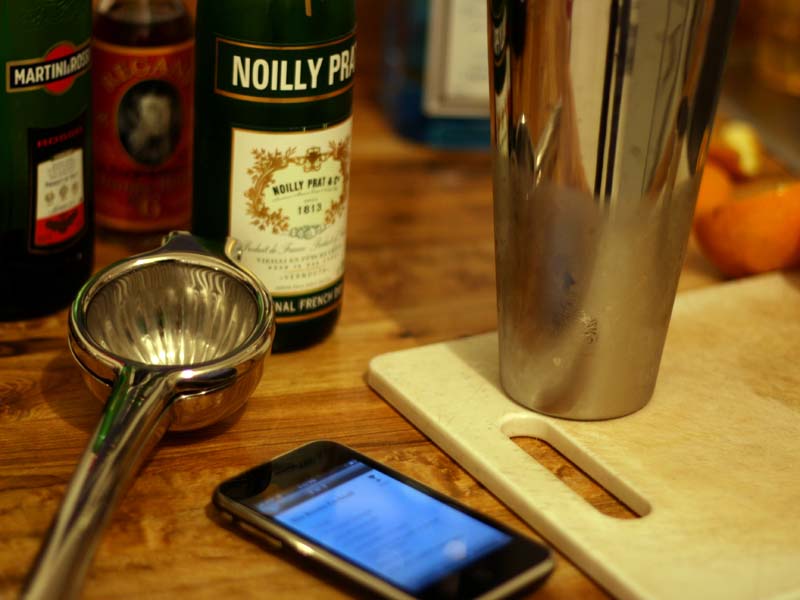 I’ve found that, in addition to settling arguments and giving hints to bartenders when I’m out, the Cocktails iPhone application is also handy in the kitchen, when the only other option is a book that refuses to stay open to the page I want.