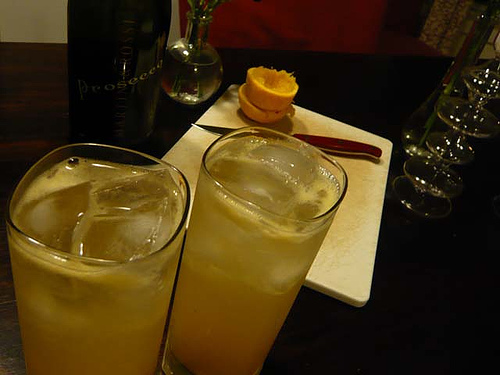 Shake the first four ingredients with ice and strain into an ice-filled glass. Top with Champagne.

I was a little wary of using so much simple syrup (equal parts bourbon and syrup!) until I realized just how much lemon juice was following it. This drink is actually very well balanced; the sweet and tart, along with the bourbon, make a really nice combination.

This drink is the counterpart to the French 75 I wrote up a little while back. The major difference is that this is bourbon-based rather than gin (although I understand that the French 75 became more popular with brandy). Once again, I substituted Processo for the Champagne.

Recipe from The Craft of the Cocktail

SOOO making these this weekend!!