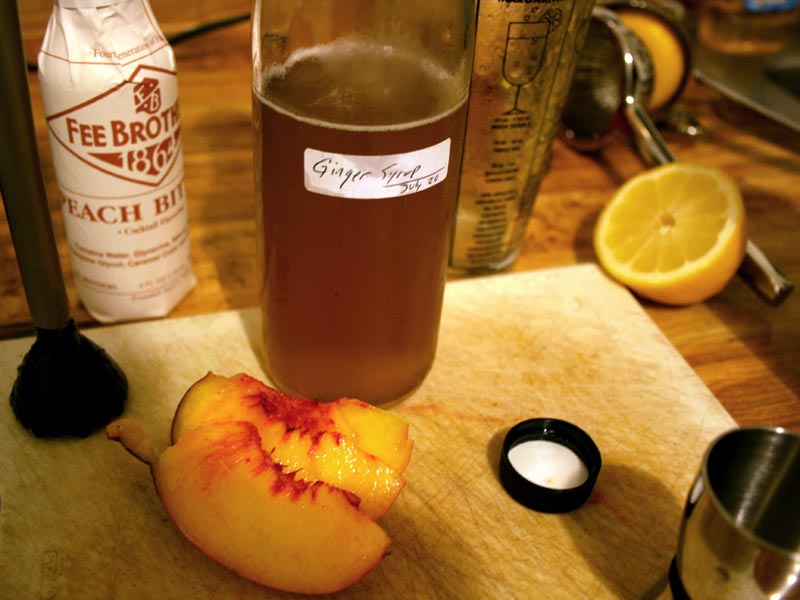 Muddle the peach slices and bitters in a mixing glass until peach is pulpy. Fill with ice and add the brandy, rum, lemon juice, and ginger syrup. Shake until cold, then strain into a chilled cocktail glass. If your peaches aren’t very juicy, add the syrup before the muddling step instead of later. 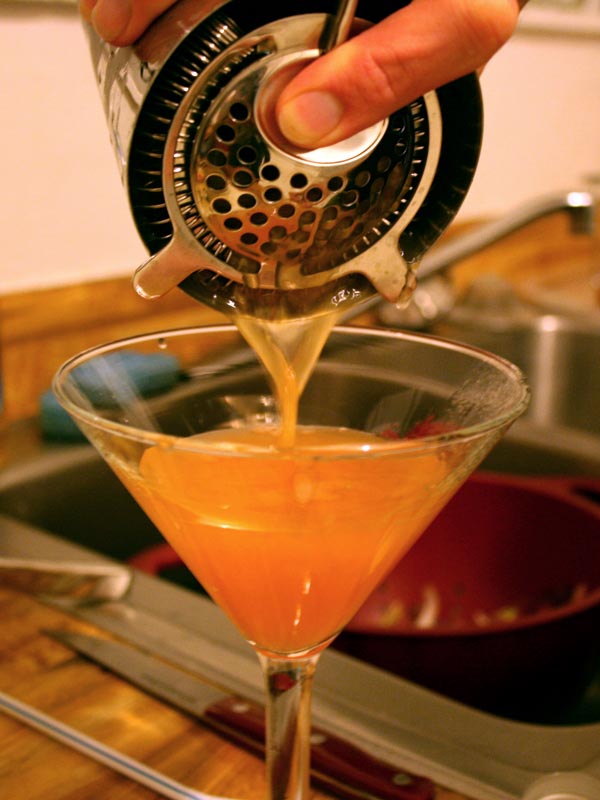 This was my first experiment with creating a drink based around the ginger simple syrup I made recently. It started out with just peaches, brandy, ginger syrup, and lemon juice, but this combination tasted a bit flat. I added the peach bitters to give it a little edge but it still needed something. Adding an ounce of rum gave it a kick that made it much better but I’m still not 100% happy with it. The ginger could hardly be tasted over the peach, which was extremely sweet and juicy. The drink itself wasn’t too sweet, thanks to the lemon juice, but the peach really dominated. Maybe next time I’ll reduce the peach to two slices and try using some Angostura bitters.