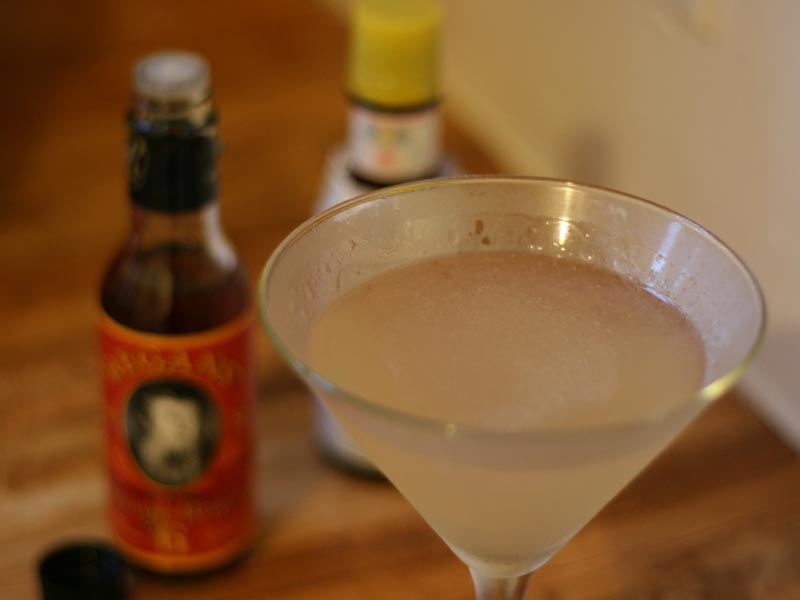 The favourite cocktail of the Pegu Club, Burma, and one that has travelled, and is asked for, round the world.

This is not to be confused with the Pegu Club, New York, a rather more modern establishment. I hear good things about that one though, and it’s on my list of bars to check out the next time I’m in NYC. 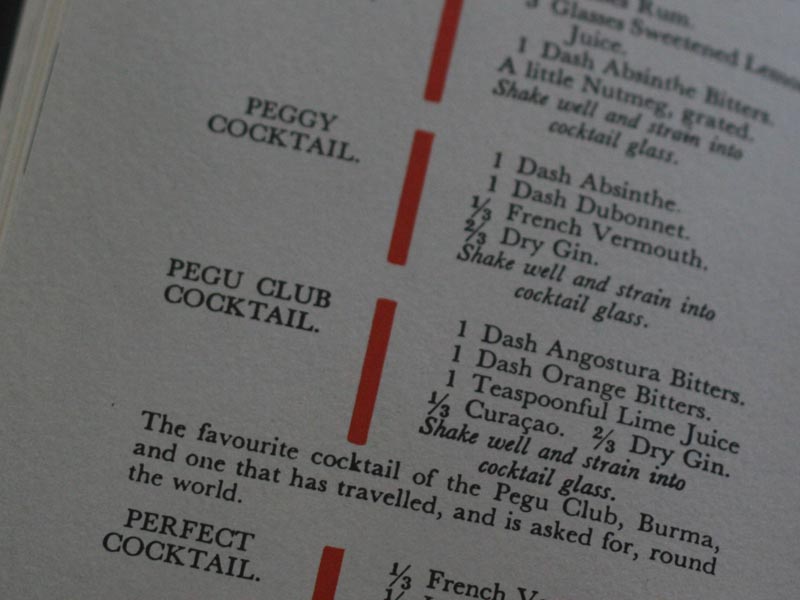 Pegu Club Cocktail, as seen in The Savoy Cocktail Book

I’m trying out a new camera lens, so my pictures might vary in quality for a little bit. For those that are interested, I mainly use a Canon Digital Rebel XTi with a basic kit lens, but have just switched to a EF 50mm f/1.8 II lens. I like it a lot so far, but it takes a little getting used to. The Amazon rating for this lens is pretty amazing and you can’t beat the price.

Mmm… I’m drinking one right now. Only we didn’t have any limes so we used lemon instead. Not the same I’m sure. But it tastes pretty good to me and I’m normally not that into gin. All of the other flavors in the drink really compliment the juniper berry-ness of the gin. Yum.

Actually, I bet this is pretty good with lemon. Gin and lemon are a great combination and this family of drinks — those containing triple sec or Cointreau combined with lemon or lime juice — are all pretty similar.

I myself am guilty of making Sidecars with lime juice one time when I was out of lemon, and that wasn’t too bad either. Not as good as the original, but still pretty tasty.