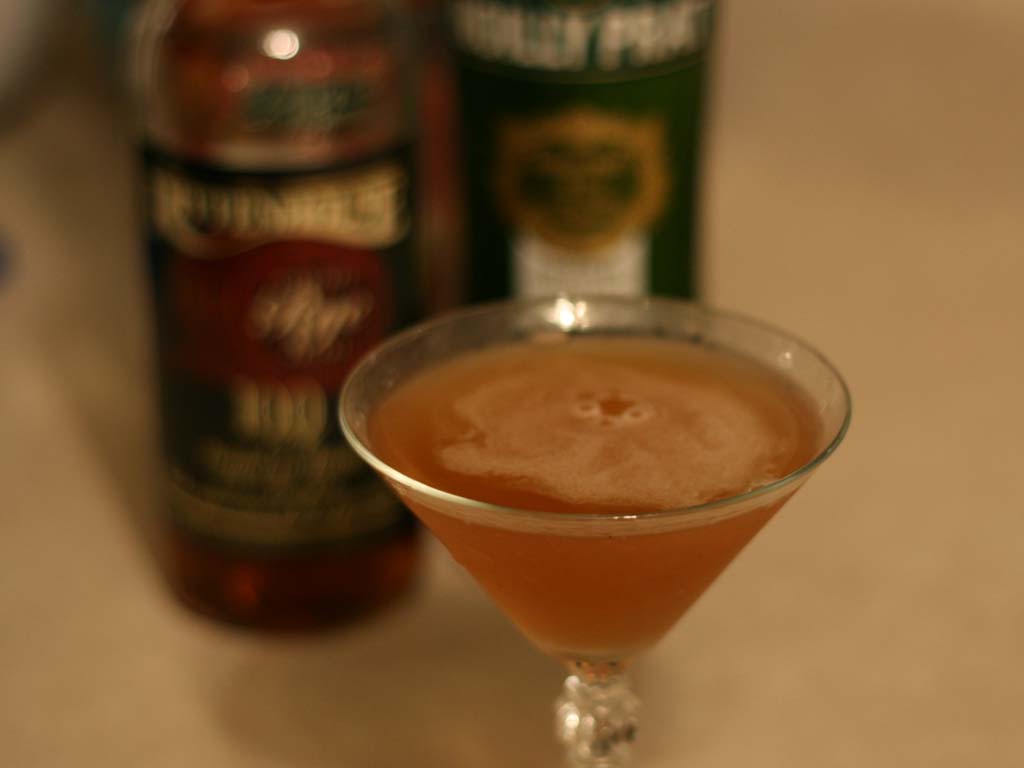 Shake all ingredients in an ice-filled shaker and strain into a chilled cocktail glass.

The Scofflaw appeared first in Gavin Duffy’s Official Mixer’s Manual and later in The Savoy Cocktail Book, where it used Canadian whiskey rather than the rye that’s normally used today. It was created at Harry’s New York Bar in Paris, where it was named in reference to the American prohibition that we suffered under at the time of its creation.

World Wide Words defines the name of this cocktail as “A person who flouts a law, especially an unsustainable one” and goes on to relate the story of how the word came into being as result of a contest to come up with a word to describe “a lawless drinker of illegally made or illegally obtained liquor”. Many cocktails have a history behind them but this is one of the more amusing.

I made this one with Rittenhouse rye, which I had to bring into Oregon from California because the Oregon Liquor Control Commission hasn’t blessed this particular spirit as something that can be sold in our state. This isn’t actually illegal though, so I’m still a far cry from the liquor smugglers of the prohibition era, but I thought it fitting nonetheless.

[…] our Chief Epicure and Ethanolmixologist, Mr. Lee Dunteman, set up a fine meal, accompanied by Scofflaw cocktails, in a large, open room in the mine, after which we packed up and headed out.  A successful day of […]