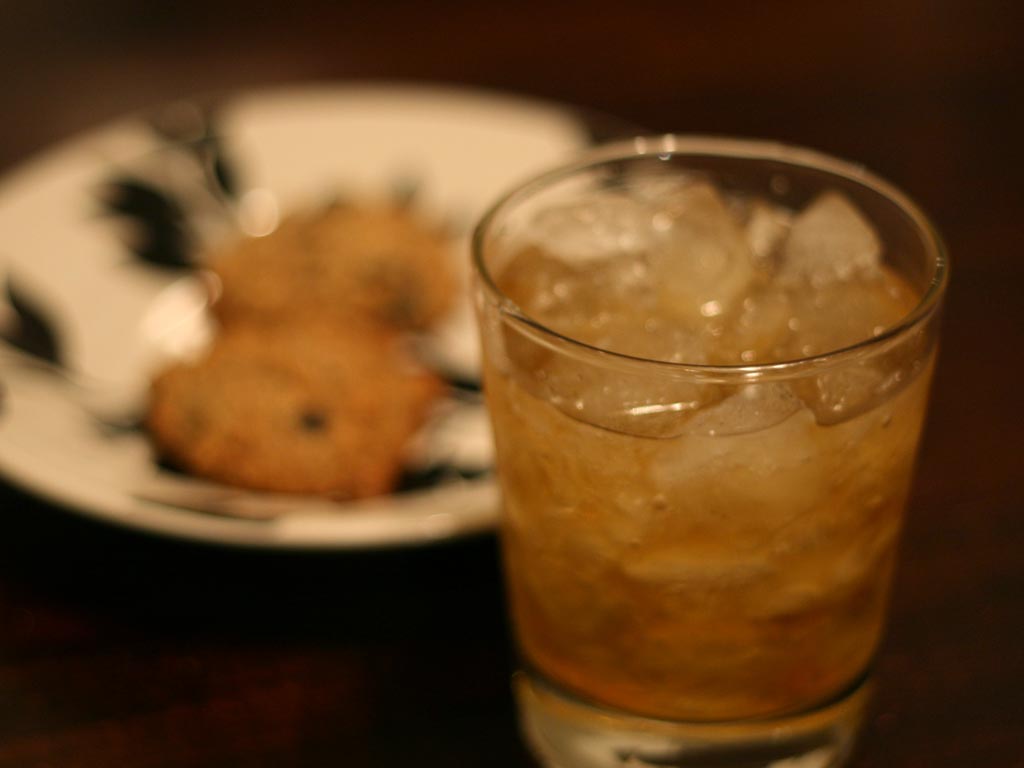 Shake ingredients in an ice filled shaker until cold. Strain into an old fashioned glass filled with crushed ice.

This drink breaks with the convention that spirits-only cocktails are stirred rather than shaken. For whatever reason, tradition dictates that the Stinger is shaken, so that’s how we’ll make them here. Crushed ice is also essential; crush ice by filling a ziploc or other bag with ice and hammering it with the handle of your muddler (or just use an ice crusher, if you want to get fancy).

The Stinger is a semi-old school cocktail; the recipe itself is pre-prohibition but it’s most often associated with the 1950s-60s when it was the standard New York nightcap. This recipe, taken from Dale Degroff’s The Craft of the Cocktail, is the generally accepted one, but it’s much too sweet for my tastes. Adjust the ratio of the ingredients until you find a balance that appeals to you. I suggest halving the amount of crème de menthe for this amount of Cognac, but try it out and see what works for you.

I didn’t have any crème de menthe on hand at home when I decided to make some of these and I also realized I was almost out of Cognac, so I picked up both bottles together. The older woman at my local liquor store (11th Ave Liquor in SE Portland), seeing what I was buying, said “Don’t tell me you’re making Stingers…”. When I told her that yes, I was planning to, she told me I’m much to young to know about them. Although I don’t look my actual age, it’s true that I missed the Stinger’s heyday by a good while. But compared to my usual cocktail fare, the Stinger is a relative newcomer.

I served these to Sarai with some thick, chewy oatmeal cookies from Smitten Kitchen (I used blueberries instead of raisins).