This past weekend was the second birthday of one of Portland’s best cocktail bars, Beaker & Flask. To celebrate, they threw open their doors on Sunday, a day they’re normally closed, and had a big birthday bash. Opening at 4:00pm, this event featured a special best of cocktail menu with some old favorites from their ever-changing drink selection from over the past two years, free hors d’oeuvres, and some great guest bartenders.

We arrived around 7:30 and found the place absolutely packed. There were actually a couple empty tables but the bar was stacked three deep and even walking from one end of the restaurant to the other proved challenging. We grabbed seats at a table at first but quickly realized that the bar was the place to be, both for socializing and more easily getting drink orders in. 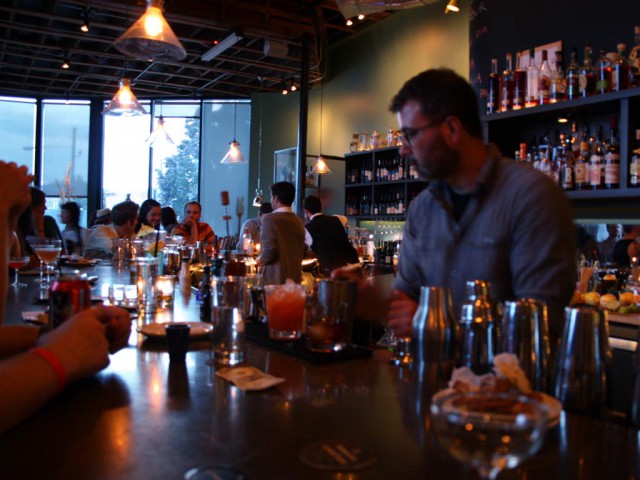 We had high expectations for the menu and weren’t disappointed. The special “greatest hits” menu consisted of 11 drinks, priced at only $7 each, with the selection including such classic Beaker & Flask fare as the Zanahorita, which uses fresh carrot juice, the Night & Fog, and all kinds of other great stuff. 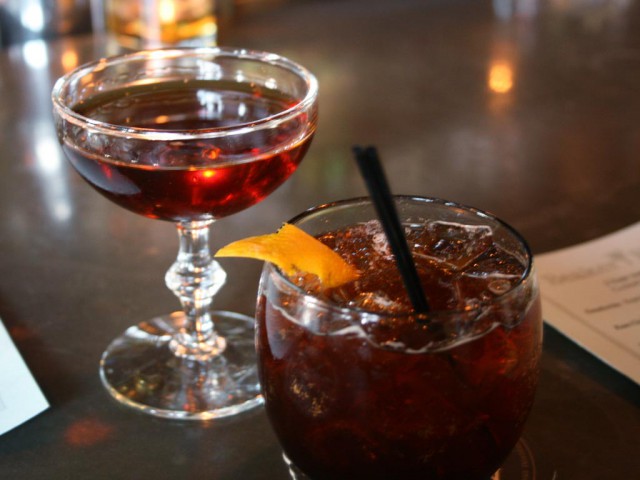 We started with a Mandolin Rain (white rum, Cocchi Americano, Averna, Fernet) and a Night & Fog (Cynar, sherry, ginger beer, bitters), which you can see pictured above. Our second round included a Zanahorita (reposado tequila, lime, carrot juice, cilantro, cumin) and the Rum Club Old Fashioned, a simple rum Old Fashioned using both English Harbor 5 year aged rum and Smith & Cross Jamaican rum, along with a bit of Pelinkovak, demerara syrup, and bitters. Over the past year or so I’ve really gotten into making Old Fashioneds with rum and this was a great example of what you can do with it. I didn’t notice what aged rum was used in this; anyone know? (Thanks Brandon!) 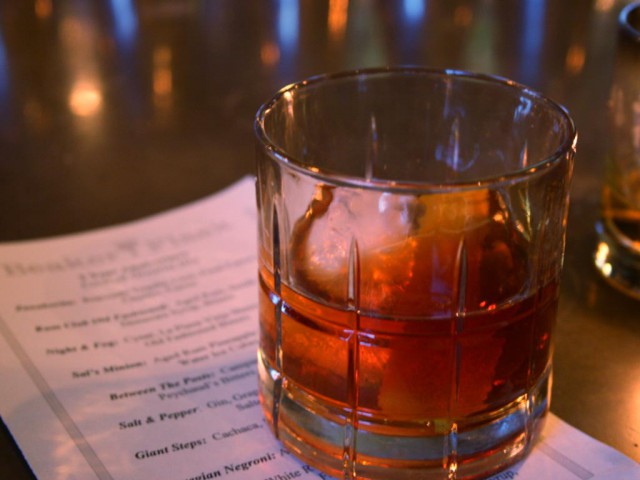 I’ll admit to having mixed feelings about Beaker & Flask when they first opened their doors two years ago (mostly having to do with ambiance; the cocktails were always fantastic) but during their first year they quickly become one of my favorite Portland cocktail bars and one of the places I always take out-of-town visitors. Here’s to many more years to come.