This past weekend was the 5th annual Great American Distillers Festival, held at the Bossanova Ballroom here in Portland, Oregon. The event ran two days, October 24 – 25, and featured speakers, spirit samples from small distilleries, and most importantly, a mixology contest featuring 24 bartenders from Portland, Seattle, and San Francisco.

The participating distillers were largely from the Pacific Northwest, with a few exceptions from elsewhere around the US. Local distillers included House Spirits, New Deal, and others (but not including Clear Creek, interestingly). All had tasting samples available; three tasting tickets were included in each days ticket price, with more available at $1 each. 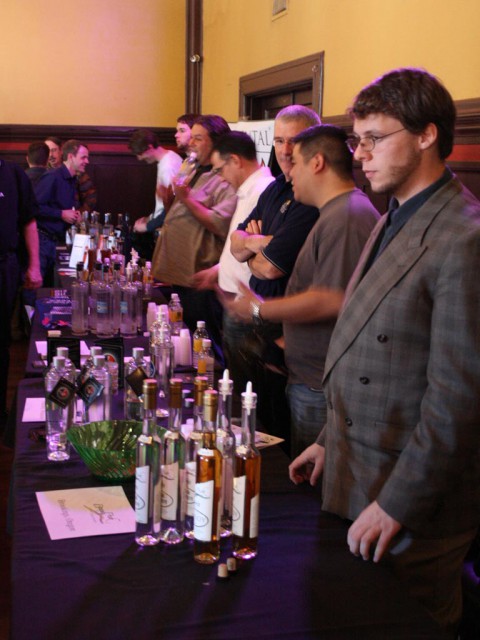 Sunday afternoon featured sessions by three speakers: Robert Hess (aka Drinkboy), Blair Reynolds (of Trader Tiki), and Neyah White. Earlier Sunday was a Bloody Mary brunch at the Green Dragon, a local brewpub, which I skipped. All this was nice but the *mixology contest* was really the main event. It ran all afternoon Saturday, as all 24 bartenders competed for the final four slots, and then for two hours Sunday, as the four finalists competed against each other for the three four prizes (more on that in a minute). 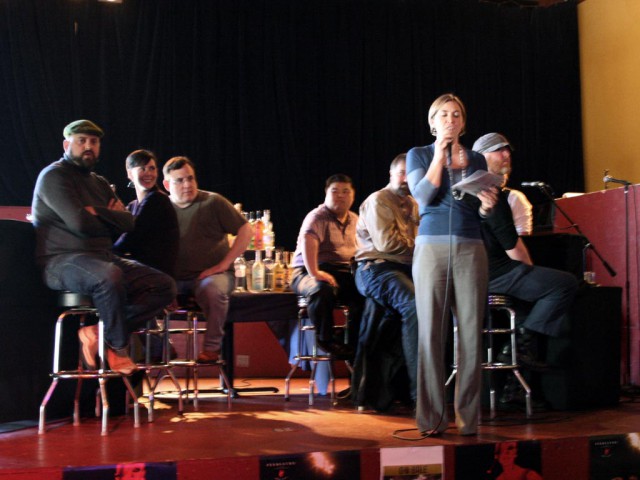 The stage was set with two bars, with three judges seated at each. As their turn came, each competing mixologist constructed a cocktail based around a particular spirit, chosen from those provided by the distilleries present at the event. They were judged not only on the quality of their cocktails, but also the presentation, communication, engagement with the customers (ie, the judges) and all the other skills that contribute to being a successfully bartender. They were allowed 20 minutes to mix four cocktails — one for each judge and one for the tasting table, where the festival attendees could take straw-tastes (and let me tell you, tasting these amazing drinks all day really made me want to go home and mix up some of my own). 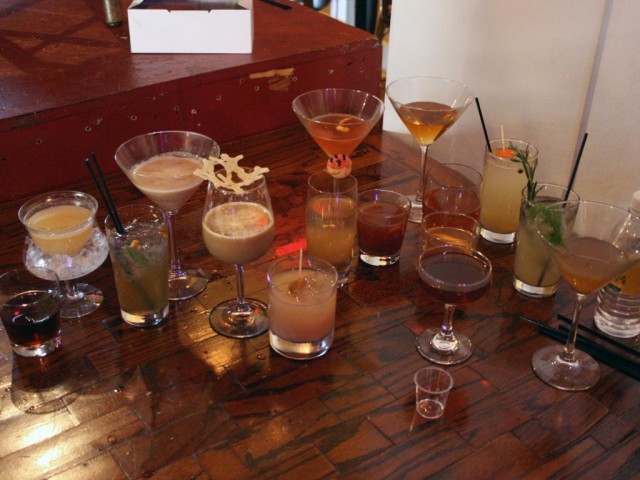 The prizes for the contest were donated by a few of the distilleries. The first three were $1,000, $500, and $250, but midway through they decided that fourth place shouldn’t go home empty handed — he or she did make it to the finals, after all — so they passed around a box for contributions, which ended up being around $60. But then the various vendors decided to pitch in, assembling a mixed case of 10 bottles and a couple IOUs which easily exceeded the value of the $250 third place prize (not to mention, it saves a trip to the liquor store). Oops.

Once all 24 entrants had a chance to do their thing, the judges selected four to go head-to-head the second day in an Iron Chef-style contest, in which each was presented with a different spirit and given 15 minutes to come up with a cocktail around it. The four finalists were Evan Zimmerman (Laurelhurst Market, Portland), Ali Tahsini (Bourbon and Branch, San Francisco), Andrew Friedman (Liberty, Seattle) and Jim Romdall (Vessel, Seattle). The spirits used in this second half of the competition were all from the House Spirits Apothecary Line, limited edition batches of specialty spirits. 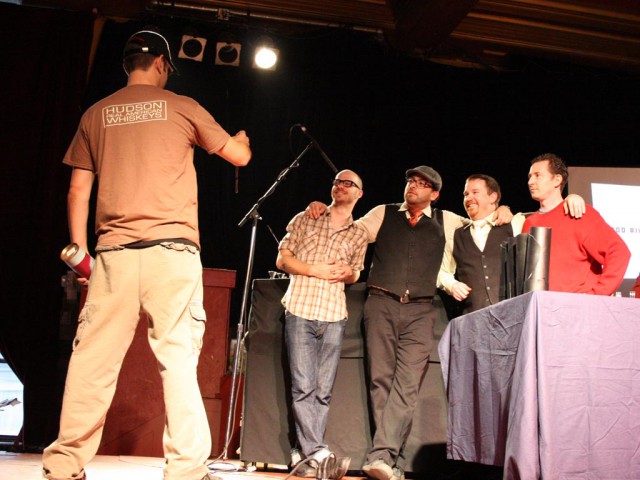 All four finalists did an impressive job completing their cocktails under pressure, even if they occasionally had to discard their first attempts. Based on my straw tastes, I was leaning toward either Ali or Andrew to win. But in the end, first prize went to Evan Zimmerman. I’ve heard great things about his bar but the Laurelhurst Market is about as far from vegetarian-friendly as a restaurant can get, so I haven’t actually been there myself. 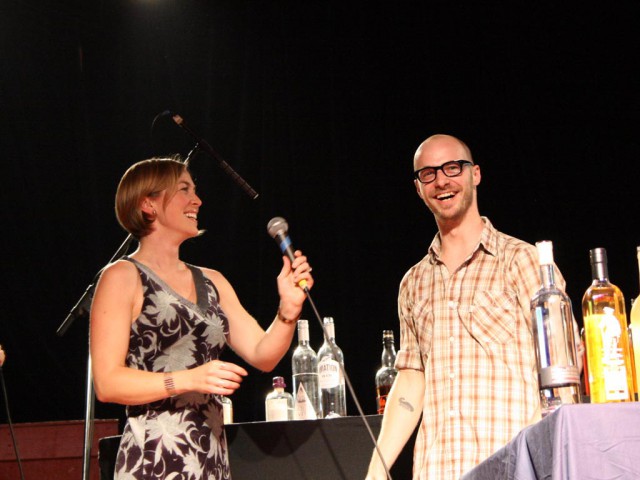 Even Zimmerman being announced the winner.

Even so, congratulations go out to Evan, to the other three finalists, and really to everyone who participated. You would be there if you weren’t good at what you do. The entire thing was an inspiration. Now off to the kitchen to see what I can come up with…

White Russians and The Big Lebowski