House Spirits recently held their annual Holiday Booze Bazaar at their distillery in SE Portland. The main attraction was the spirit tastings, but they also had food by some local food carts and some great vendors. The event took place the afternoon of Saturday, December 12 and saw what looked like a very good turnout.

The highlight of the event was the unveiling of the new line of House Spirits whiskey, which comes in three varieties: a 90 proof straight malt whiskey, a 113 proof barrel strength variety, and the “white dog”, a 100 proof unaged whiskey. All three are part of their apocathary line of special, small batch spirits made available for a limited time. 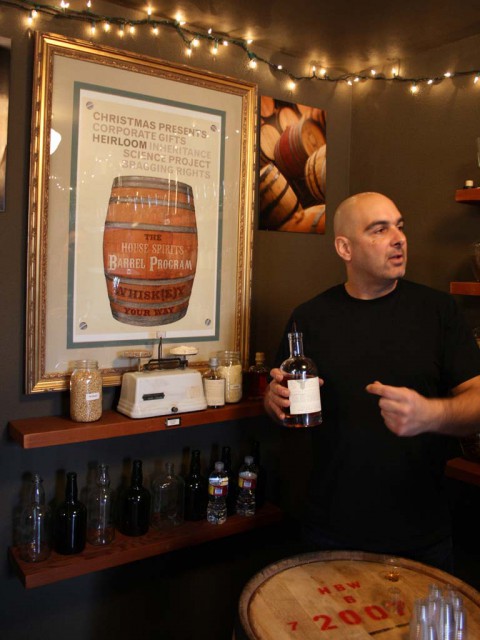 All three of these were available for tasting, of course, and they were also pouring the other members of the apocathary line: House Spirits Rum, Gammal Krogstad, and Oregon Ouzo. The Gammal Krogstad is an aged version of their Krogstad Aquavit which I have had, but this aged version was something new to me. The others I hadn’t had before either. 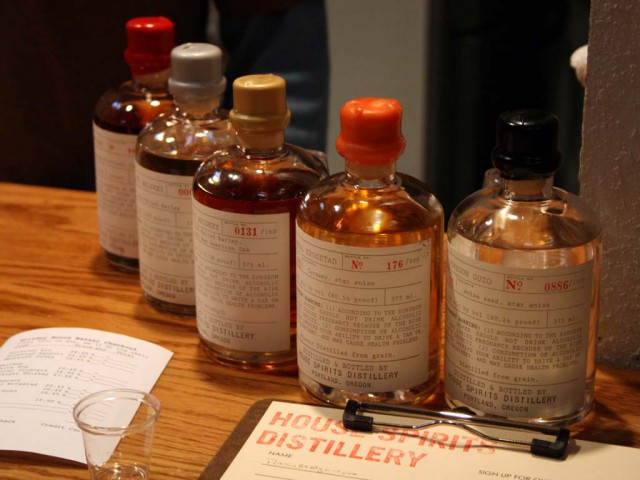 Everything I tasted was very good but the whiskey really stole the show. The main 90 proof bottling would make a great everyday whiskey, but I instead opted to bring home a bottle of the barrel strength, which has an extra level of complexity that was just amazing. At $49 for a 375ml bottle, this one isn’t an everyday whiskey, but we didn’t waste any time in trying it at home. We made Manhattans: House Spirits barrel strength whiskey, Carpano Antica, and Jerry Thomas bitters. Fantastic.

The vendors were selling lots of good stuff to go along with your whiskey: specialty cheeses, chocolates, coffee, and cigars, and Imbibe Magazine was there to provide reading material for inspiration. Prepared food was by the Garden State and Whiffies food carts.