Portland Cocktail Week has ended and by all accounts it was resounding success. An enormous amount of talent converged on the city for the event, in the form of speakers, organizers, or just as attendees. We had four days packed with events at the Hotel deLuxe, a spirits show and mixology competition, and out-of-town guest bartenders at various spots around Portland. If you’re into cocktails anywhere in the Northwest, this was the place to be last week.

The week (which was actually only four days) kicked off with Drink.Write, an annual industry conference organized by the Cocktail and Spirits Online Writers Group (CSOWG). Drink.Write 2010 was comprised of six discussions on topic ranging from increasing blog readership to crafting your own cocktail recipes and ingredients. The first day was wrapped up with a live version of Thursday Drink Night, which is a weekly online event where participants mix cocktails and share recipes based on a predetermined theme.

Due to an unfortunately scheduling conflict on Friday, attendees had to choose between the final Drink.Write session and an agave spirits tasting at Teardrop Lounge, followed by the March for Mezcal, a tongue-in-cheek demonstration protesting the lack of quality mezcal available in Oregon.

Saturday morning I made myself useful beyond managing the PDX Cocktail Week blog by handling setup and barbacking for the first two sessions of the day, which focused on coffee and hospitality in the bar industry, respectively. Taking the afternoon off, I was able to attend a gin tasting and a panel of bartenders-turned-product developers, discussing how passion and business can intersect and lead to lucrative and fulfilling opportunities. (Check out Chris Guillebeau’s Empire Building Kit for more on this subject.) 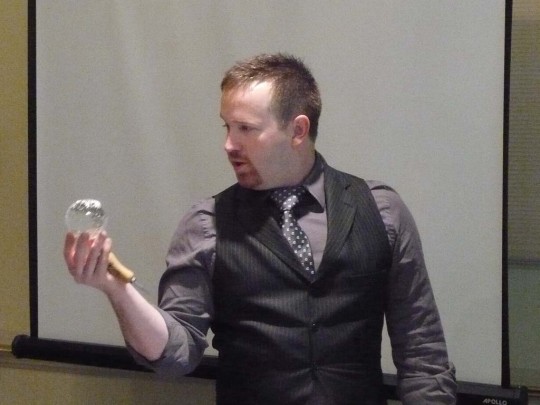 I skipped Sunday’s morning session on rum (hey, I didn’t get much sleep this week) but returned for what were, in my opinion, two of the highlights of the weekend’s talks. First up after lunchtime was Camper English, Evan Zimmerman, and Jim Romdall talking about everyone’s favorite subject, ice (well, some of us, anyway). Camper discussed his research into making large, clear ice while Evan and Jim talked about carving and gave some demonstrations on making ice spheres and gemstones. 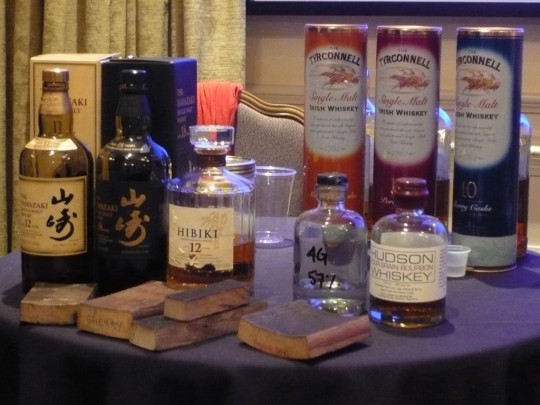 Second up on Sunday evening was a discussion on “woodworking” — the practice of aging spirits in wood and the effects you can achieve by different methods. We sampled an enormous range of things, from Irish single malt whiskey aged in sherry, port, and madiera barrels, to Japan’s Yamazaki whiskey at various stages of it’s lifecycle, from the first aging to the final product. Also present was Jeffrey Morganthaler talking about his experiments in barrel-aging pre-mixed cocktails and a sample of a Negroni aged six weeks in a whiskey cask. The end result, if you haven’t been lucky enough to try one at Clyde Common, is amazing. 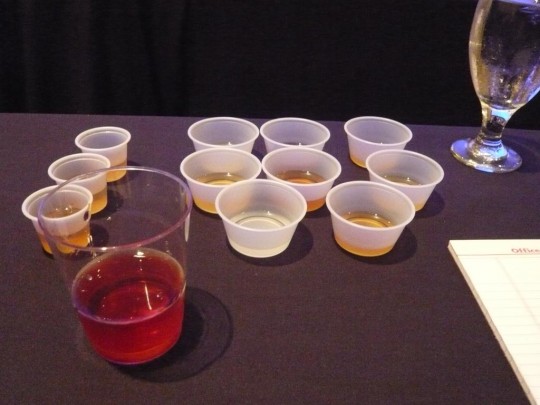 Each day’s events were capped off by an after party, with themes ranging from “Ice, Ice Baby” — a party at an ice skating rink featuring large bars made completely of ice — to “Shipwrecked with Don Q Rum”, a tiki/pirate/blacklight/miniature golf/wtf hybrid at an underground miniature golf course (named such thanks to generous sponsorship by Don Q).

In addition to all this, right across the street at the Tiffany Center was the Great American Distillers Festival. Featuring nearly 40 exhibitors, attendees could sample a huge range of spirits from the Pacific Northwest and beyond. Highlights included Ilegal Mezcal, who also sponsored the March for Mezcal on Friday, Novo Fogo, a fantastic product that’s redefining the US cachaça market, and nearly all of the great Portland microdistilleries such as House Spirits, New Deal, and more. 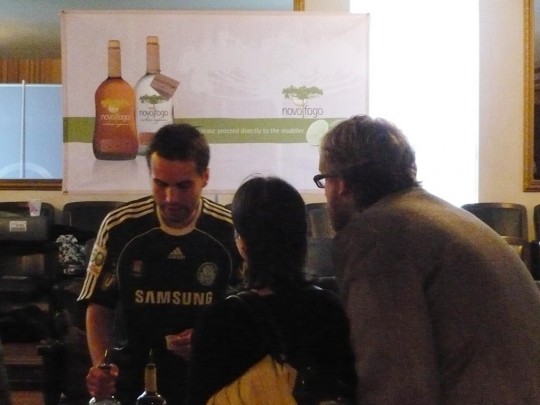 (I realized late that I had neglected to take any photos throughout most of the event, and then didn’t have my good camera with me once I did, but below you’ll find some of the ones I did get. Sorry about the quality.)