Last night Thatchery and I went to Elixir for Save the Sazerac, a reception celebrating Elixir’s 150th anniversary (the second oldest bar in San Francisco!) and benefit for Tales of the Cocktail, a not-for-profit culinary and cocktail festival held in New Orleans to “preserve the rich history of the restaurants and bars of New Orleans and the unique culture of dining and drinking famous to the city, while educating locals, visitors, and the hospitality industry about this culinary heritage”. Sounds good to me, except for the part about it being in New Orleans in July. 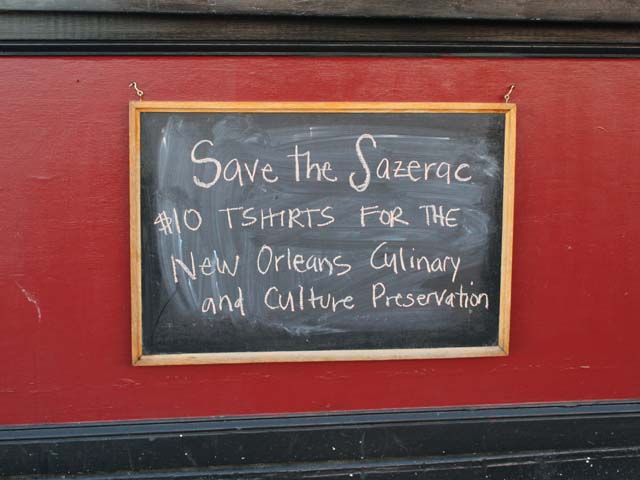 I arrived around 6:30 and the bar was already packed. The event ran from 3:00 to 8:00pm and I guess people were starting early. First up was a classic Sazerac, naturally, which was a popular drink given the nature of the event. They were mass-producing them, making them up a handful at a time, and passing them out as they were ordered. This was possible because this cocktail is served neat, so there’s no danger of the ice melting and watering down the drink. For my second round, I had the house special, a Shirazerac, a Sazerac variant made with Elixir’s own house-made Shiraz. It was interesting and quite good. It actually seemed like more people were drinking these than the classic version. 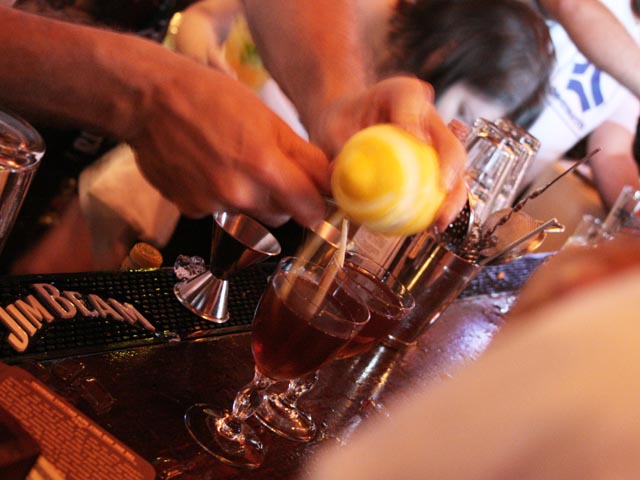 This event had a very different feel than the Cocktail Week opening gala Tuesday evening. I chalk this up to the venue: The Starlight Room is at the top of a fancy hotel on Union Square, while Elixir is just a neighborhood bar in the Mission. The crowd at Elixir was much more my style: casual, laid back, friendlier (and surprisingly, given the neighborhood, the evening was entirely hipster-free!). One of my metrics for judging crowds is the number of visible tattoos and Save the Sazerac beat the opening night party hands-down. I met lots of people and passed out a lot of the Cocktailia cards I had made up recently. If you got one, be sure to say hi!